BMMHS Evening Meeting: Waterloo Myths and the Quest for the truth

Waterloo Myths and the Quest for the truth​ 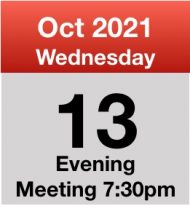 Due to COVID please note that we are likely to have a reduced number of places and also that the meeting may change to a Zoom talk at short notice. Please check the bmmhs.org home page for the latest information.

Waterloo Myths and the Quest for the truth

Probably more has been written about the Battle of Waterloo than any other subject in history and yet we actually still don’t understand it that well. This has occurred, because the story has been confused by national bias (with four nations involved, all claiming the glory of gaining the victory), myths and false accusations.  Historians have also (either wilfully or mistakenly), misread  eyewitness statements and twisted them to make them agree with the ‘accepted version’ of events. From all of these various influences a narrative of the Battle has emerged, which became accepted and this ‘traditional version’ has held sway for the best part of 190 years.
However, a major search of the archives across Europe and even the world, has in the last decade, uncovered literally hundreds of previously unknown eyewitness accounts, which have caused us to question many aspects of the accepted story and has also caused us to re-evaluate those eyewitness statements we have known about for years, in the realisation that the story they told was very different to what we had all understood in the standard histories.
After studying and publishing these newly discovered accounts for the last fifteen years, Gareth Glover had discovered that so much of the traditional story was wrong that he decided that the history of the battle needed completely rewriting and he published a highly acclaimed new history entitled ‘Waterloo, Myth & Reality’ in 2014 ready for the 200th anniversary. However, his research has continued and even more accounts have been unearthed and the story continues to be altered with each fresh discovery. Gareth Glover will bring the story right up to date, showing the true story of this great battle.

Gareth Glover is a 59 year old, ex-Royal Navy officer, who has studied the Napoleonic wars for forty years and has published over 70 books and booklets on the subject in the last fifteen years. Gareth who lives in Cardiff, is now a full-time Napoleonic historian and author, he is married to Mary a senior nurse manager and has two grown-up children, Sarah and Michael, both of whom are now teachers. 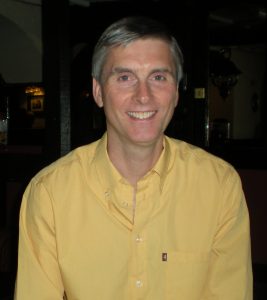