Due to COVID-19 this Meeting has now been cancelled. An alternative Zoom Event has however been scheduled. 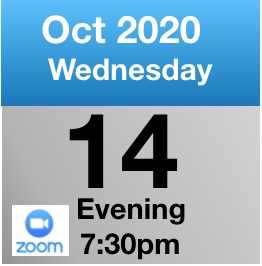 Click above for full details of the Zoom talk.

We hope to re-schedule this meeting and talk by Bill when COVID-19 conditions permit.

The British Modern Military History Society will this month be hosting a presentation given by historian and author Bill King on:-

The idea of using civilian pilots as a kind of Territorial Air Force was put forward in 1938, when the Civil Air Guard was formed to offer subsidised flying training to people up to 50 years old. There were also many pilots who had learned to fly in the 1920’s and 1930’s who were either too old or unfit for RAF service but wanted to use their flying skills in some way in the impending conflict. Air Transport Auxiliary came into being in September 1939 as an adjunct of the airline BOAC.
Initially it was envisaged that the pilots would fly light aircraft to transport mail, dispatches, medical supplies, etc. But within weeks ATA started to help the RAF with the ferrying of aircraft from factories and stores to front-line squadrons. From February 1940 ATA took over the ferrying in its entirety, making a huge contribution to the war effort by releasing fully-trained RAF and RN pilots for combat duties.
ATA expanded rapidly and credit for turning it into a well-oiled machine goes to its Commanding Officer, Gerard d’Erlanger, a private pilot who was a director of the pre-war British Airways. He joked that ATA stood for “Ancient and Tattered Airmen”. The first recruits, though widely experienced, were either too old or unfit for active service, some having served in World War I. There was even a retired admiral, and Stewart Keith-Jopp who had only one arm: this handicap did not stop them flying aircraft such as the Spitfire and the Typhoon.
During the war ATA employed 168 women, including the famous trail-blazing pilot Amy Johnson (killed in January 1941) and a large contingent from the USA and from countries under Nazi occupation.
Bill will take us through the story of the ATA, some of the key characters within it and talk about its remarkable contribution to the war effort.

ATA: ANYTHING TO ANYWHERE

The ATA Museum is in the Maidenhead Heritage Centre

Bill King has pursued a busy career as an independent Management Consultant working in the areas of Management Consultancy, Strategic Management, Project Management and Personal Training and Development.
Coming from a naval family and being brought up around major naval installations Bill developed a keen early interest in Britain’s history.
Although concerned with the broader sweep of British history, Bills’ main interest areas settled on the Second World War with particular reference to the role of Airborne and Special forces and in clandestine warfare. Bill has conducted extensive research on the role of the British Resistance Organisation (Auxiliary Units) and has contributed to, among others, the books ‘With Britain in Mortal Danger’ published in December 2002 and ‘Churchill’s Underground Army’ published in 2008.
Bills interests and research has led him to contributing articles to many magazines, including ‘After the Battle’ magazine and to elements of the books  including ‘D-Day – Then and Now’, ‘Operation Market – Garden – then and now’.
He is a former Chairman of the Ridgeway Military and Aviation Research Group (RMARG) and is a member of The Western Front Association and of the Military Vehicle Trust.
In addition to a busy professional career, Bill has taken part in a number of local radio programmes and has appeared in the Television programmes including ‘Countryfile’ on BBC1, and the Channel 4 series ‘Dads Secret Army’.
Bill is married and lives on the Wiltshire / Gloucestershire border near Swindon.