The original Meeting scheduled for 8th July in Woodcote Village hall has been cancelled due to COVID-19. This Meeting however has now re-scheduled as a BMMHS Virtual Talk on Tuesday 4th August 2:00pm. Joining Instructions for this Zoom Talk will be emailed on the day of the talk. 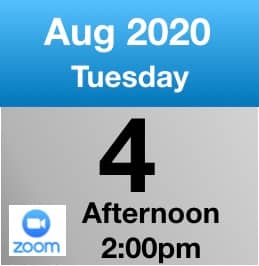 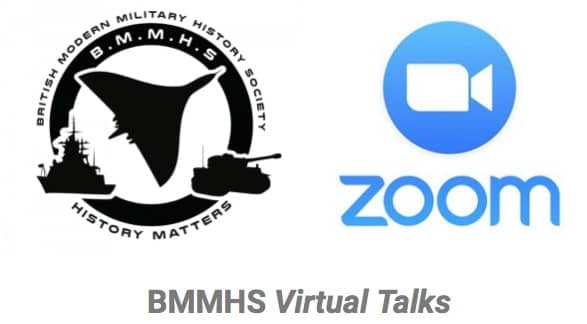 The British Modern Military History Society will this month be hosting a presentation given by historian and author Paul Barnett who will be giving a talk on the:-

Rout on the Riviera – Exercise Tiger; The Slapton Sands Disaster.

Paul’s talk documents the tragic events of the night of April 28th 1944.  Almost forgotten, the story places the listener in the heart of sleepy Lyme Bay at a time of the Allied operations in readiness for Operation Overlord.  Originally considered safe in home waters a loaded convoy sets sail.  But by daybreak, two ships lay on the sea bed; one limping badly damaged and 749 souls missing – a scene of total devastation.  Step forward 40 years and peace has returned to the shore, albeit the tranquil scene is silently guarded by one man’s determination…..to recover a sunken tank!

The D-Day rehearsal, codenamed Exercise Tiger, was a disaster on a grand scale with the loss of life greater than the actual invasion of Normandy just months later. But the true story was to remain a secret for decades to come.
Early on 28th April 1944, eight tank landing ships, full of US servicemen and military equipment, converged in Lyme Bay, off the coast of Devon, making their way towards Slapton Sands for the rehearsal.
So vital was the exercise that the commanders ordered the use of live naval and artillery ammunition to make the exercise as real as possible, to accustom the soldiers to what they were soon going to experience.

The heavily-laden, slow-moving tank landing ships were easy targets for the torpedo boats which first attacked the unprotected rear of the convoy.
A series of tragic decisions – including the absence of a British Navy destroyer which was supposed to be escorting them, but had been ordered into Plymouth for repairs, and an error in radio frequencies – led to three of the tanks being hit by German torpedoes.
More loss of life was caused by lifejackets worn incorrectly by soldiers and the extreme cold of the sea which resulted in hypothermia.

The exercise that killed nearly 1,000 American servicemen was considered by US top brass to be such a disaster that they ordered a complete information blackout.
Any survivor who revealed the truth about what happened would be threatened with a court-martial.

D-Day Itself at Risk

The Allied commanders were concerned officers who went missing during the attack could have ended up in German hands, where they might reveal the Allied intentions for the D-Day landings.
The commanders even considered changing details of the operation.
However, the bodies of every one of those officers with “BIGOT”-level clearance, a codename for a security level beyond Top Secret, were found and the tactics of D-Day were deemed to be secure.

An article in the US Stars and Stripes magazine following World War Two said family members of the dead were given no information other than what was in the original message about the death.
The family of Gunner’s Mate 3rd Class Thanuel Shappard only knew he had died on 28 April 1944. In the late 1980s, while watching a documentary about Exercise Tiger, his mother noticed the date was the same as her son’s death.
It was only after researching the exercise it was confirmed Mr Shappard had been aboard Landing Ship, Tank (LST) 531, which was torpedoed and sunk by the German E-boats.
Even before the military exercise, villages surrounding Slapton Sands had been evacuated, involving the clearance of 30,000 acres and 3,000 men, women and children by the end of 1943.
© BBC Claire Jones 30 May 2014

We recognise the current issues and concerns regarding Coronavirus (COVID-19) and at this stage it is with considerable regret that we have decided to CANCEL this BMMHS event.
We plan to reorganise the cancelled talks at later dates and will post details on the BMMHS website bmmhs.org and Facebook once things become clearer.
As responsible event organisers and in line with our values, the health and safety of all those who attend our events is our primary concern and priority.
The advice from Public Health England to minimise risks to health is for you to wash your hands regularly and thoroughly, to carry tissues to capture sneezes and if you do feel unwell, seek medical advice, avoiding large public gatherings as you would with the flu.
If you are planning to attend future BMMHS events then please continue to check this website bmmhs.org for further updates.
If you have any further questions then please do not hesitate to contact us on info@bmmhs.org.
In the meantime we will continue to monitor the evolving situation closely guided by information from the UK Government and Public Health England.  Other scheduled talks will be under regular review and we will make decisions on them nearer the time and according to the situation prevailing and the latest medical advice.
We look forward to continuing normal service once we have been advised that it is safe to do so.
The BMMHS Executive Team

Exercise Tiger was one element in the Allies build up towards D-Day.

A command team led by American General Dwight D. Eisenhower was formed in December 1943 to plan the naval, air and land operations. Deception campaigns were developed to draw German attention – and strength – away from Normandy. To build up resources for the invasion, British factories increased production and in the first half of 1944 approximately 9 million tonnes of supplies and equipment crossed the Atlantic from North America to Britain. A substantial Canadian force had been building up in Britain since December 1939 and over 1.4 million American servicemen arrived during 1943 and 1944 to take part in the landings.

Paul is a former Navy and Hydrographic Surveyor, with over 20 years of maritime research. Came ashore 2003 and currently employed full time as an Environmental Health Officer, within a local housing department.  Interests include, The Purton Ships Graveyard, The Severn & Wye Railway Bridge Disaster along with a particular interest in maritime history and the Anglo –Zulu military wars of 1879.
Currently offering 11 illustrated talks and two historical walking tours