This Meeting however will now take place as a BMMHS Virtual Talk. Click on the BMMHS Virtual talks & Zoom logo below for registration and joining details. 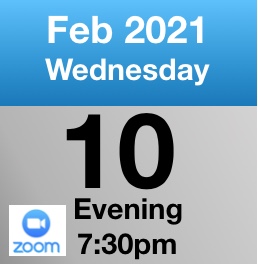 The British Modern Military History Society will this month be hosting a presentation given by broadcaster, historian and author Stephen Bungay on:-

El Alamein. There, in October 1942, in a remote part of the desert between Libya and Egypt, the British army won an epic battle of attrition with Rommel’s Afrika Korps. It was a defeat from which Rommel would never recover and a turning point in the war, famously celebrated by Churchill as “the end of the beginning”—the line in the sand that Hitler’s forces were never able to cross. This is a trenchant reexamination of an event that has been cloaked in myth.
El Alamein was the World War II land battle Britain had to win. By the summer of 1942 Rommel’s German forces were threatening to sweep through the Western Desert and drive on to the Suez Canal, and Britain was in urgent need of military victory.
Logistics was the key to keeping desert armies supplied with petrol and tank parts and had a significant impact on the combat strategies of Montgomery and Rommel respectively. Other elements included the domestic political pressures on Churchill and the aerial siege of Malta, key to the control of the Mediterranean.
In October, after 12 days of attritional tank battle and artillery bombardment, Montgomery’s Eighth Army, with Australians and New Zealanders playing crucial roles in a genuinely international Allied fighting force, broke through the German and Italian lines at El Alamein.

It was a turning-point in the war after which, in Churchill’s words, “we never had a defeat”.

Stephen Bungay’s talk will answer a series of key questions:-
What were they all doing there?
Why did it go on for so long?
Why did it stop at Alamein?
Why did Churchill replace Auchinleck?
What did Monty do differently?
How was the battle won?
How was the campaign won?
Why did the battle matter?
Was Monty good, bad or indifferent?

Alamein: A land battle Britain had to win

Director, Ashridge Strategic Management Centre
www.stephenbungay.com
After graduating from Oxford and the University of Tübingen, West Germany, Stephen worked for The Boston Consulting Group for a total of seventeen years before subsequently joining the Ashridge Strategic Management Centre in 2001.
He teaches on executive programmes at several business schools, including Ashridge, and is a regular guest speaker at the Royal College of Defence Studies in London.  He also works as an independent consultant and conference speaker.
His first book on military history, The Most Dangerous Enemy – A History of the Battle of Britain, published in 2000, has now become the standard work on the subject.  A second work, Alamein, appeared in 2002.
His book about strategy execution, The Art of Action – How Leaders Close the Gaps between Plans, Actions and Resultsappeared in 2011.  Some of its key concepts being applied in companies ranging from Shell to the Mercedes Formula 1 team and have featured in international conferences.
In 2004 he appeared as principle historian in the Channel 4 series ‘Spitfire Ace’ and has continued to contribute to a range of television programmes since then.
His current work is focussed on the most effective ways of developing strategy in an environment of high uncertainty. 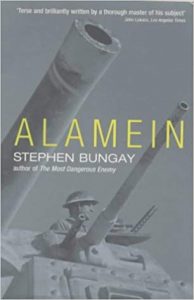 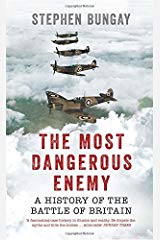 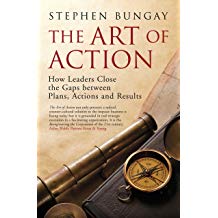