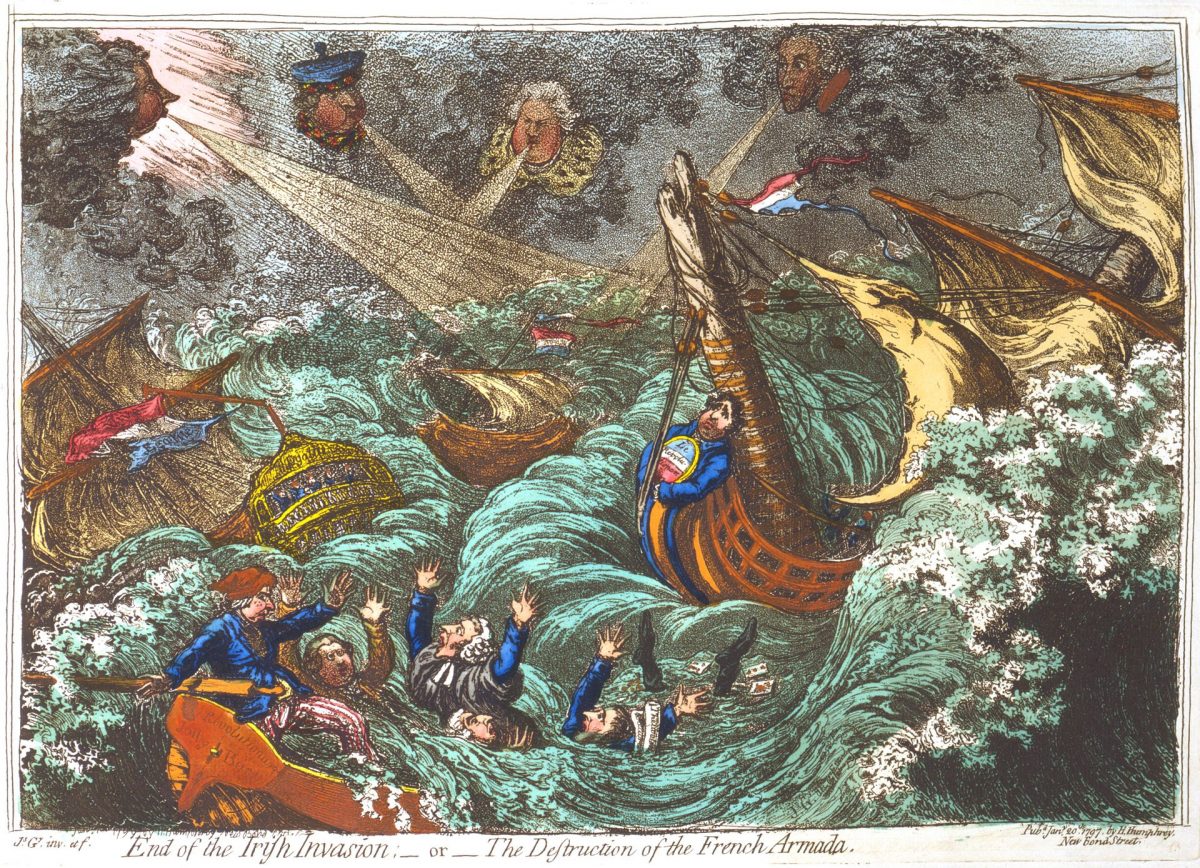 Zoom talk with drone footage on 'The French Invasion of Britain in 1797' on Friday 5th February at 7.00pm by Patrick Mercer, OBE.

In 1797 Britain lay at the mercy of Revolutionary France.  In January she tried to put troops ashore in Bantry Bay in Ireland and, although that failed, The Directory started to flick a line of dominoes that should have seen Britain under the shadow of the guillotine.  Luck was not on the invader’s side, though.  In February a Spanish fleet – destined to sweep the Channel clear of the Royal Navy – was smashed at Cape St Vincent; an amphibious raid on Cornwall was cancelled and another on Newcastle never materialised.  All that was left was a hugely ambitious operation to raise the ‘rebellious’ Welsh against the Crown.

On 22 February a few thousand Frenchmen of dubious military quality, were put ashore south of Fishguard in Pembrokeshire.  The few days that folowed were a triumph for Welsh forces – soldiers and civilians alike – and a stain on French pride.  But, it was a Napoleonic adventure fit for Hornblower or Captain Aubrey that restored hope for Britain that she would not be crushed.

Patrick Mercer OBE – who’s been studying this incident since he was a boy – will lead you through one of the oddest and least known episodes of those tumultuous times.

By his own confession, has an obsession with military history.  Having read Modern History at Oxford, he served in the Army for 25 years, mostly in Northern Ireland, Uganda and Bosnia, before leaving to become the defence correspondent for BBC Radio 4’s Today Programme and then an MP.  But, in 2014 he returned to his first love – military history.

Mercer specialises in the Seven Years’ and Napoleonic Wars, colonial warfare, the Crimean Campaign, the Indian Mutiny, Irish rebellions and the Italian Campaign of 1943 – 45.  He has written extensively on the Crimea and the Italy, had a trilogy of historical novels published as well as a litany of magazine articles.  With lively views on current affairs, he also writes a regular column for the Yorkshire Post.