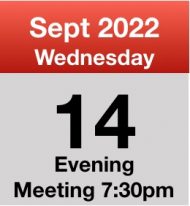 This talk by Matthias Strohn we be re-scheduled to a later date. The September 2022 meeting is now PQ17 by Robin Brodhurst.

The Battle of Stalingrad (23 August 1942 – 2 February 1943) was the largest confrontation of World War II, in which Germany and its allies fought the Soviet Union for control of the city of Stalingrad (now Volgograd) in Southern Russia.

Marked by fierce close-quarters combat and direct assaults on civilians in air raids, it remains the largest (nearly 2.2 million personnel) and bloodiest (1.8–2 million killed, wounded or captured) battle in the history of warfare. After their defeat at Stalingrad, the German High Command had to withdraw vast military forces from the Western Front to replace their losses.

The German offensive to capture Stalingrad began in August 1942, using the 6th Army and elements of the 4th Panzer Army. The attack was supported by intense Luftwaffe bombing that reduced much of the city to rubble. The fighting degenerated into house-to-house fighting; both sides poured reinforcements into the city. By mid-November 1942, the Germans had pushed the Soviet defenders back at great cost into narrow zones along the west bank of the Volga River.

On 19 November 1942, the Red Army launched Operation Uranus, a two-pronged attack targeting the weaker Romanian and Hungarian armies protecting the German 6th Army’s flanks. The Axis forces on the flanks were overrun and the 6th Army was cut off and surrounded in the Stalingrad area. Adolf Hitler ordered that the army stay in Stalingrad and make no attempt to break out; instead, attempts were made to supply the army by air and to break the encirclement from the outside. Heavy fighting continued for another two months. By the beginning of February 1943, the Axis forces in Stalingrad had exhausted their ammunition and food. The remaining units of the 6th Army surrendered. The battle lasted five months, one week and three days.

About the speaker – Dr Matthias Strohn

Dr Matthias Strohn was educated at the Universities of Münster (Germany) and Oxford. He is the Head of Historical Analysis at the British Army’s think tank, the Centre for Historical Analysis and Conflict Research, and a member of the War Studies Department at the Royal Military Academy Sandhurst. In addition, he is a Reader in Modern War Studies at the Humanities Research Institute at the University of Buckingham. He has published widely on this subject and he has written and edited 7 books and numerous articles.
Matthias holds a commission in the German army (current rank Lieutenant-Colonel) and is a member of the military attaché reserve. He has served on the defence attaché staffs in Madrid, Paris and London. Prior to this he was attached to German Staff College as the military history staff officer. Matthias is also the academic adviser to the British Army’s Operation Reflect Team which deals with the First World War commemorations and he has advised British and German government bodies on this matter. Matthias deployed to Iraq and Afghanistan with both the British Army and the German Bundeswehr. Matthias is a keen battlefield tour guide and has led civilian and military tours in Europe from Normandy to Stalingrad. He has also worked on television and radio as both historical adviser and interviewee. 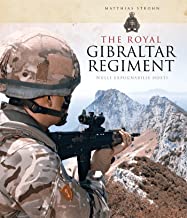 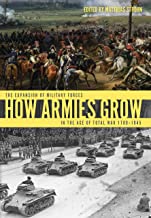