Meeting: The Real Dad’s Army; The role and training of the British Auxiliary Units in World War 2. 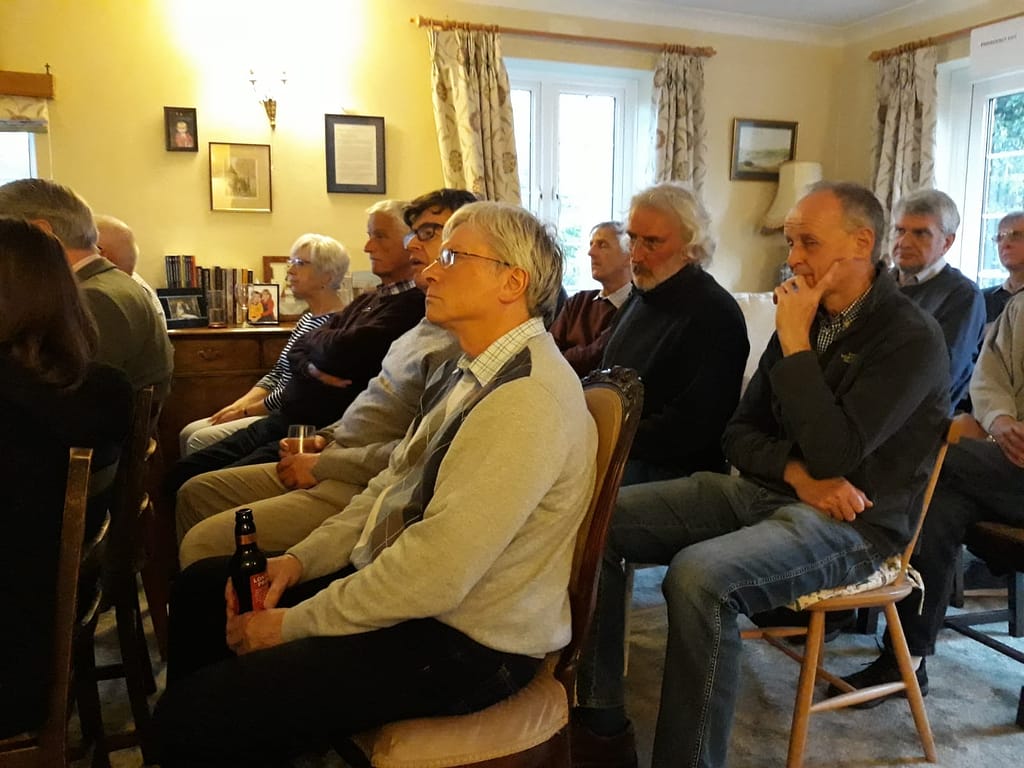 A full house of over 25 guests were enthralled by a largely unknown subject put across with huge insight and passion by Bill. Taking us through the 1930s with war looming, to the outbreak of war and the creation of this secret army of ordinary men and woman located all over the UK,  Bill explained the secret hideaways and bunkers, the training schools and methods and the various means planned to delay an enemy advance in 1940. … how to kill, how to prepare demolition charges and booby traps and much more. Their expected life expectancy in the event of invasion was only 2 weeks !

Sponsored directly by Winston Churchill, these groups were the forerunner to the resistance organisations in occupied Europe supported by the Special Operations Executive whose mission was to ‘Set Europe Ablaze’. 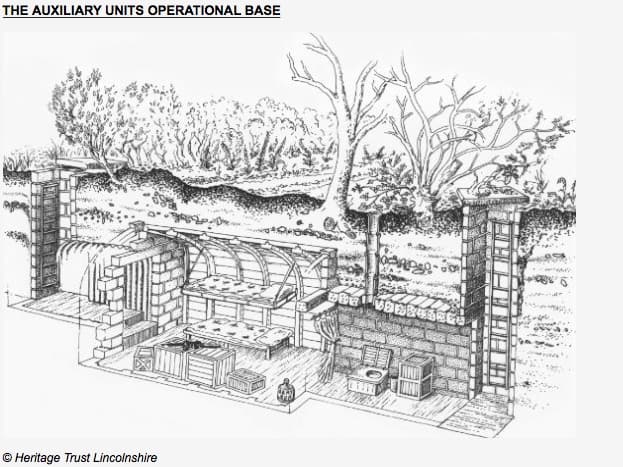 These ‘unknown’ units were disbanded in late 1944 as the threat of invasion had passed and many of these highly trained secret warriors either returned to see out the war in conventional army units or to their day jobs as farmers, butchers bakers and candlestick makers! Sadly as they were a secret army, their role is largely unknown and was unofficial and outside normal military protocols.
As such, none of them was recognised by the Government or the military and only through the work of Bill King and his similarly minded colleagues over several decades has their existence been discovered and preserved for history.
Mingling with our guest afterwards during the after talk refreshments, the Committee members, Jerry, Nigel, Andy and Linda, the guests gave overwhelmingly positive feedback for an fascinating and convivial evening, and we look forward to welcoming everyone  and many others back to other BMMHS events in the near future.
If you are interested in attending future events, then please let us know at info@bmmhs.org

Coming from a naval family and being brought up around major naval installations Bill developed a keen early interest in Britain’s history.

Although concerned with the broader sweep of British history, Bills’ main interest areas settled on the Second World War with particular reference to the role of Airborne and Special forces and in clandestine warfare. Bill has conducted extensive research on the role of the British Resistance Organisation (Auxiliary Units) and has contributed to, among others, the books ‘With Britain in Mortal Danger’ published in December 2002 and ‘Churchill’s Underground Army’ published in 2008.

Bills interests and research has led him to contributing articles to many magazines, including ‘After the Battle’ magazine and to elements of the books  including ‘D-Day – Then and Now’, ‘Operation Market – Garden – then and now’.

He is a former Chairman of the Ridgeway Military and Aviation Research Group (RMARG) and is a member of The Western Front Association and of the Military Vehicle Trust.

In addition to a busy professional career, Bill has taken part in a number of local radio programmes and has appeared in the Television programmes including ‘Countryfile’ on BBC1, and the Channel 4 series ‘Dads Secret Army’.

Bill is married and lives on the Wiltshire / Gloucestershire border near Swindon.