Robert Ryder: A Polar explorer and a VC winner from The Raid on St Nazaire

The generation born in the first decades of the twentieth century, who were reaching maturity in the interwar years, grew up surrounded with tales of heroism and sacrifice in the Great War. Fathers and uncles had died and men returning from the war had their stories to tell. This generation was to reach its prime in time to fight against Hitler’s Germany. In addition to being imbued with stirring ideas of heroism and wartime action, these men would have also been aware of the exciting and courageous stories of 20th century exploration, particularly polar exploration.

From the South China Seas to England

In the spring of 1932, five young naval officers at the South China Sea Station decided to return to England on leave by means of an ocean voyage which would take them back to Dartmouth via Japan, the North Pacific, the west coast of America, through the Panama Canal and across the Atlantic, against the prevailing winds and covering fresh ground by taking a northerly route via the Aleutian Islands.

Command of the Penola

Spying on the Japanese ?​

The voyage already had the potential to be exciting and dangerous, but papers released on the death of R. E. D.  Ryder in 1986 led to speculation that the officers had also undertaken to spy on possible Japanese naval positions. The speculation the clandestine purposes of the voyage has been engendered by the planning notes for the voyage and correspondence discovered in Ryder’s papers, which were used in articles in Classic Boat and The Times in 2007. The article in Classic Boat described one of the aims of the voyage as “A search for advance UK and US submarine bases for attacks on the Japanese navy in the Kuriles and the Aleutians.”

One of them was Robert Ryder, later to command the ship Penola in the British Graham Land expedition (BGLE) 1934-1937 and famously commanding the Royal Navy’s part in the raid on St Nazaire in March 1942. 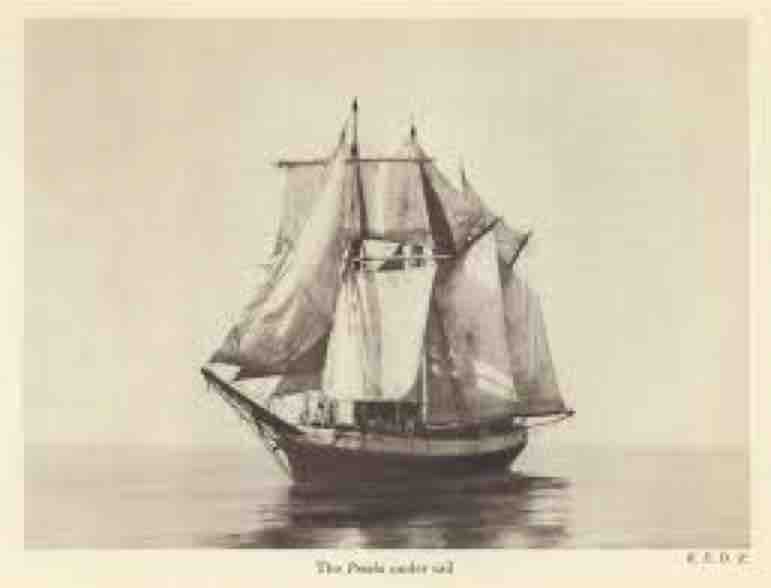 The crew arrived in Britain in May 1934 after having sailed against prevailing winds in the pacific and Atlantic. All five of the crew fought in the Second World War and between them won four DSOs, a Croix de Guerre and Victoria Cross. Lt Phillip Francis won two DSOs as a submarine captain in the Mediterranean. George Salt  (father of Sam Salt , captain of the Sheffield, lost in the  Falklands War) was lost with the Submarine Triad.

In 1934 Ryder was given leave by the admiralty to take part in the British Graham Land expedition to the Antarctic peninsula. Ryder and a crew of six were to take the rest of the expedition, consisting of the shore party, dogs and equipment, deep along the unexplored coast line of the Antarctic Peninsula.

Penola in the Antarctic

The Penola’s first major task was to ferry the expedition to its first base camp on the Argentine Islands. This was done in two stages and the second journey back to Port Lockroy was quite hair raising, with Ryder directing operations from the crow’s nest. This was a strategy which he was to adopt frequently in Antarctic waters. He commented : “Up in the Crow’s nest one is very snug and the sight of the ship twisting and turning below in accordance with one’s hand signals is pleasing to watch”. With the shore party safely delivered and settled in, Ryder took part in the sledging expeditions. As the men ventured into unexplored areas of the Antarctic Peninsula. In the exploration of the bays and inlets Ryder’s knowledge of small boats was useful as the expeditions small boat Stella was used under Ryder’s leadership. On one occasion the Stella was used to tow the Penola away from a calving glacier.

Command of a Q Ship

At the beginning of September 1939, Ryder returned from service on the Warspite to take up an invitation to command a Q Ship the HMS Willamette Valley, who was to masquerade as a Cardiff tramp steamer Edgehill. The Edgehill could be disguised in a number of ways. She had a ten-foot funnel extension which could be added to alter her silhouette, which could also be changed by extending the bridge with canvas screens and stowing the derricks vertically instead of horizontally. Her appearance could also be changed by overnight painting in various colours. Whilst pretending to be an imaginary Greek ship the Ambea, the Edgehgill was torpedoed and sunk by an enemy submarine. Ryder and the surviving crew were adrift on wreckage for four days, before being rescued.

RN Commander at The Raid on St Nazaire

In February 1942 Ryder was chosen to be the commander of the naval aspect of the raid on St Nazaire, OPERATION CHARIOT. The aim of the strategic planners in early 1942 was to prevent the battleship Tirpitz from breaking out into the Atlantic and wreaking havoc with allied shipping. Since such a break out was dependant on the Tirpitz and other large German ships being able to use the ports on the French Atlantic coast, it was important that everything  should be done to prevent this.  As the dock at St Nazaire was  the only dock large enough for the Tirpitz  it was therefore regarded as a prime target. The dock was 385 yards long and 55 wide  and could accommodate a ship of more than 85.000 tons. St Nazaire itself is situated at the mouth of the River Loire before the river opens out to become an estuary containing shoals and mud flats. The main dredged channel “le Charpentier” was close to the north shore and heavily defended by coastal batteries, patrol boats, and minefields.

The plan was to concentrate on the destruction of the dock, using an expendable ship packed with explosives, the Campbeltown. The ship would carry commandos who would disembark, after the ship had rammed the lock gates and before it exploded, and who would attack dockyard objectives including eight lock gates, six  power installations, four bridges and six gun positions. A flotilla of motor launches  would then take off the commandos and the crew of the expendable destroyer and return them home.
Ryder now turned to the organisation of the flotilla of accompanying motor launches and motor torpedo boats. The force which was assembling at Falmouth consisted of sixteen motor launches. Four of these were designated to carry the extra commandos and four were equipped with torpedoes, at Ryder’s request, to form a spearhead during the outward trip in the case of unforeseen opposition nearer the Loire River. The convoy also included a motor gun boat MGB no. 314, which became the headquarters ship at St Nazaire, the motor torpedo ship no. 74, was given the task of torpedoing the lock gates if the Campbeltown failed to arrive.

At the mouth of the Loire, seventy miles away from its target, the flotilla altered course and adopted its battle order and the headquarters transferred to MGB 314. At 22.00 the submarine HMS Sturgeon arrived in its prearranged position in order to act as a beacon so that the navigator, Bill Green, could check their position.

Under Fire from the shore Batteries

The flotilla of small craft and the sailed up the estuary undetected for a while but nearer the lock gates the shore batteries  opened fire and, supported by fire from the motor launches, the Campbeltown rammed the  lock gates, the sea cocks were opened to scuttle her, the order was given by Captain Beatie to abandon ship and the commandos whose aim was to destroy the submarine pens went ashore. The destroyer was now in a perfect position to demolish the lock gates when the main explosive charges in the bows detonated.

Ryder now manoeuvred to put the commando party ashore and went ashore himself to check that the Campbeltown was in position to cause maximum damages when she exploded. The motor launches had not fared well. They had approached the last few miles up the estuary under withering fire. Of the MLs on the starboard column, only one, ML 177 managed to land its troops successfully. In the six minutes after the Campbeltown had struck, most of the starboard column MLs  were out of action. Lt. Rodier in ML 177 had taken off survivors including Captain Beattie, from  the Campbeltown and they set off for the open sea at 01.57. The MLs in the port column had been told to land their commandos at the Old Mole. The only one to succeed in this was Lt. Collier in M L 457.

Unable to communicate with Newman and the shore party, Ryder was only able to try and work out what was going on in the battle on the quay. The MGB was hit repeatedly as Ryder, Curtis and Green the navigator decided what to do. The possibilities of the MTB being of much further help seemed hopeless. The two planned re embarkation points at the old mole and the old entrance were both still in enemy hands, and the MGB was full of wounded, out of ammunition and with only a few able bodied crewmen left. Ryder regretfully decided the MGB should leave without attempting to re embark any of Newman’s party.
Four motor launches managed to make it out of the estuary, but were badly damaged and were scuttled. Three remaining MLs eventually turned up at Falmouth, the only survivors of the 18 that had set out .

The Campbeltown Explodes….Ryder awarded the VC

The Campbeltown exploded on the morning of 28th March, destroying the gates of the Normandie lock and putting it out of action for the rest of the war. A longer term result of the raid was the increasing efforts of the German army to defend the long Atlantic coast, using a disproportionate number of men and resources in constructing the Atlantic Wall. 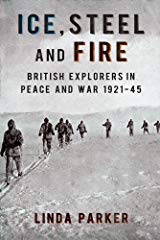