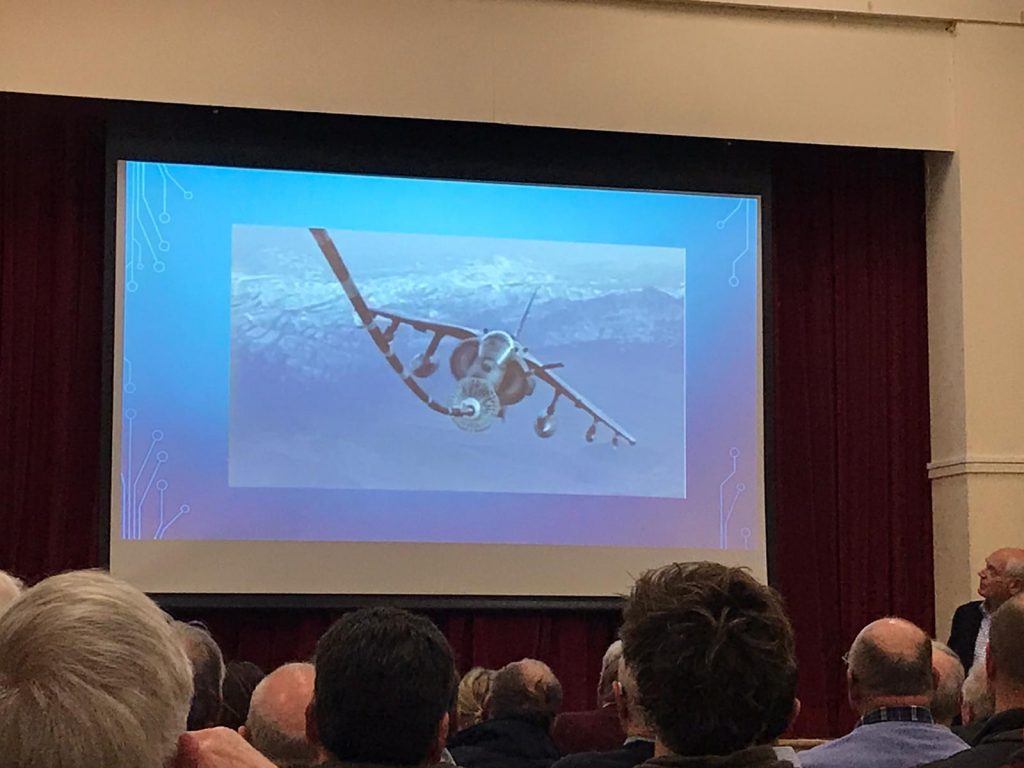 This month the British Modern Military History Society hosted a presentation given by:-

The BMMHS started 2020 with another full house of over 90 people with an excellent talk by Group Captain David Drew on Air to Air Refuelling during the Falklands War.   David took us through the  complexity of how the Port Stanley airfield was bombed by Vulcan bombers in Operation Black Buck in 1982, with the Vulcans requiring the support of 11 Victor tankers and 8 refuelling operations for each plane during a gruelling 15 hour  round trip of over 7000 miles from the Ascension Island air base.   We heard how the actual refuelling took place from both a technical and logistical perspective, how it forced the Argentine fighter force to be withdrawn to the mainland as a result for fear of Buenos Aires being attacked, and how the raids  gave a huge boost in morale to the local Falkland Islanders.   Huge thanks to David for the fascinating talk.
David’s talk was on Air-to-Air refuelling during the Falklands Campaign and for the period 1982-84.  David was a Flight Commander on 30 Sqn from October 1981 to April 1984; during the conflict & spent most of his flying time operating between Lyneham and Ascension on transport duties but in August 82 he was one of the first pilots to operate the tanker variant of the C-130 and ran the Hercules detachment at Stanley from November 1982 to April 1983.

In flight refueling between an RAF Vickers VC10 and a Hercules and en route to The Falklands Islands in the South Atlantic. Filmed by a crew from Thames Television 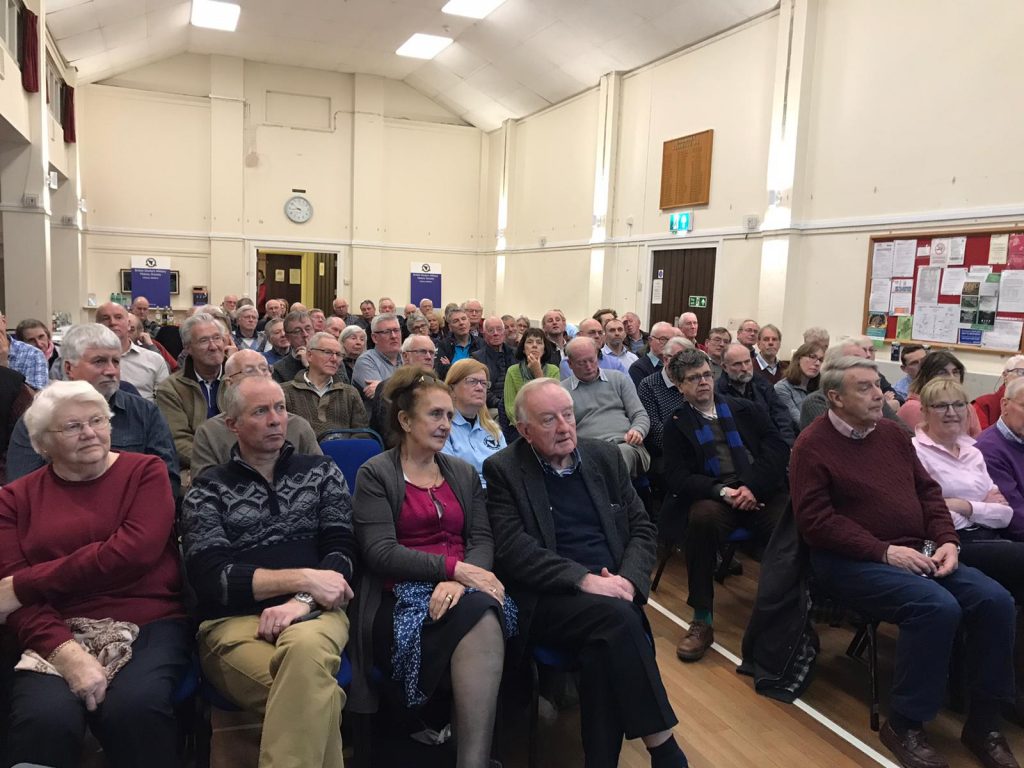 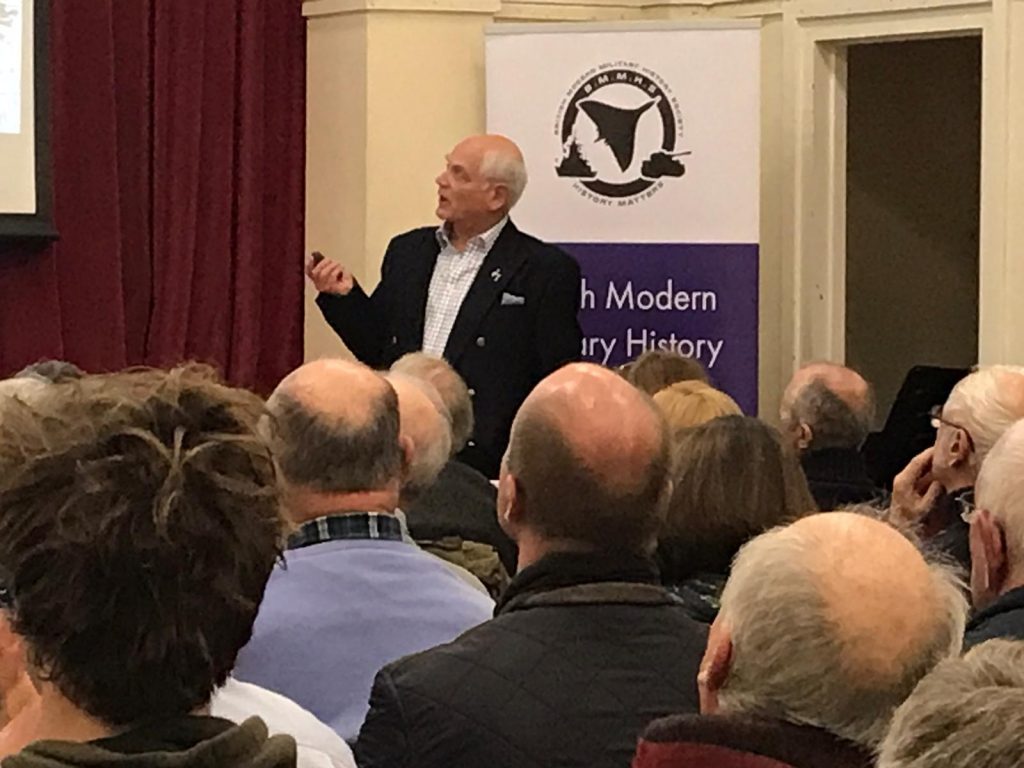 If you were unable to attend this meeting but would be interested in attending any of our future presentations or joining any organised trips please contact us on info@bmmhs.org so we can keep you updated. 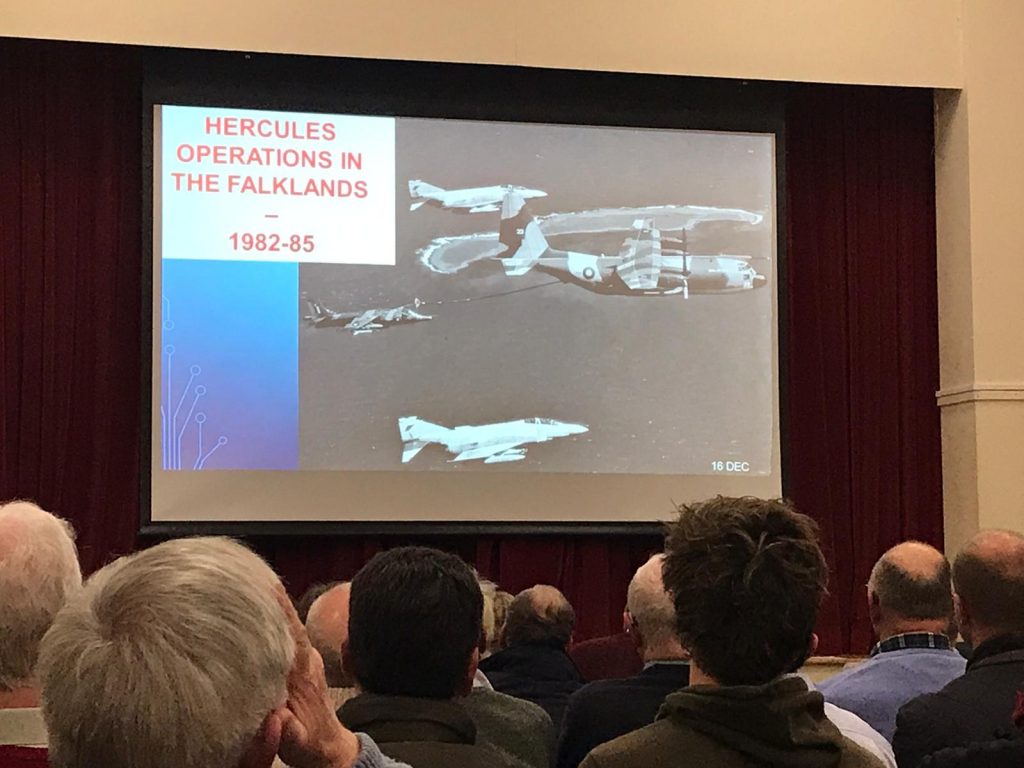 David spent 37 years as a pilot in the RAF with three tours on Hercules and three as a flying instructor.  Four tours on the MOD Central Staff were followed by a year teaching at the Army Staff College before moving to the development team for the Joint Services Staff College.  In July ’97 he was promoted to Group Captain and had a tour at High Wycombe before taking command of the RAF detachment in Kuwait (Tornadoes policing the southern ‘No-fly’ zone in Iraq) in 2000.  His final two short tours were at RAF Innsworth (Gloucester) leading studies into the future shape and basing of the RAF.

Since retiring in July 2002, David has worked as a volunteer for the Royal British Legion at all levels from Branch to National and, after three years as County Chairman, became County President for Berkshire and the Vale of White Horse in January 2017.  He is also President of the Wantage & District Branch of Royal Air Forces Association.