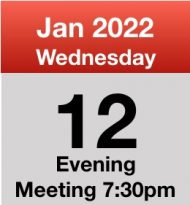 This Meeting is scheduled to start at 7:30pm

In early 1942 the Germans opened a top-security prisoner-of-war camp in occupied Poland for captured Allied airmen. Called Stalag Luft III, the camp soon came to contain some of the most inventive escapers ever known.

They were led by Squadron Leader Roger Bushell, code-named ‘Big X’, who masterminded an attempt to smuggle hundreds of POWs down a tunnel built right under the noses of their guards. The escape would come to be immortalised in the famous film, “The Great Escape”, in which the ingenuity and bravery of the men was rightly celebrated. The plan involved multiple tunnels, hundreds of forged documents, as well as specially made German uniforms and civilian clothing.

In this talk Guy Walters takes a fresh look at this remarkable event and asks the question, what was the true story, not the movie version?

He also examines what the escape really achieved, and the nature of the man who led it. “The Real Great Escape” is the first account to draw on a newly-released cache of documents from Roger Bushell’s family, including letters from Bushell, that reveals much about this remarkable man, his life and experiences during the war, and the planning of the escape attempt that was to make him famous.

The result is a compelling and authoritative re-evaluation of the most iconic escape story of the Second World War.

It takes courage to demolish a cherished icon, and when that icon is the film The Great Escape, saviour of many a strained family Christmas, the iconoclast needs steel nerves worthy of the escapers themselves. But that is what Guy Walters achieves in his new study of the second world war’s most famous mass breakout, which, far from being a rehash of an oft-told tale, is a clear-eyed inquiry into a myth that does not stand up to examination.
What Walters claims is missing from the film, with its jaunty theme tune and boy-scout characters, is that this was essentially a story of mass murder. His focus is not so much on the heroic ingenuity of the PoWs tunnelling themselves out of their camp, but on their ultimate destination. Fifty of the 76 escapees were summarily shot by the Gestapo on Hitler’s orders, and only three (none British) made a successful “home run” to Blighty. Was the sacrifice really worth it, Walters asks. His answer is a resounding “No”.
The central figure in Walters’s story is the escape’s inspiring leader, Sqdn Ldr Roger Bushell (played as “Roger Bartlett” in the film by Richard Attenborough). Bushell was a driven character: charismatic, determined, stubborn, perhaps a little crazy. The son of a mining magnate in South Africa, idolised by his mother, he had an English public school and Cambridge education. He drove fast cars, dated “popsies” and excelled at skiing. Characteristically, he tended to ski over obstacles in his path rather than around them. A skiing accident gashed his face, which lent his appearance a sinister aspect.
Though neglecting his studies for sport, Bushell was no fool; he was proficient in several languages and, despite an indifferent degree, was called to the bar and got several murderers off capital charges. He learned to fly as a hobby, and when war came, found himself commanding a Spitfire squadron. After downing two enemy planes, he was himself shot down over France and captured.
Bushell made two initial escapes – on the second occasion, accompanied by a Czech fellow flier, he reached occupied Prague and spent several months hidden by a Czech family. However, in the manhunt that followed the 1942 assassination of SS overlord Reinhard Heydrich, Bushell’s hiding place was betrayed. The Czechs who had sheltered him were shot, and Bushell himself was roughly handled by the Gestapo.
After this experience, he could have had no illusions about the ruthlessness of the Nazis, and his suffering seems to have sharpened his already intense hatred of his tormentors and his desire to escape them.
Arriving at Stalag Luft III, the huge new camp built for allied flying officers in a gloomy Polish forest, Bushell instantly initiated his plan for a mass breakout, starting three simultaneous tunnels nicknamed Tom, Dick and Harry, on the premise that if one failed and another was discovered, then the third would surely succeed.
It says much for Bushell’s drive and leadership skills that the vast organisation required to dig the tunnels, dispose of the conspicuous yellow sand displaced by the digging, and to manufacture an enormous array of clothes, passes and other documentation for 200 escapees remained secret.
Walters’s description of the build-up to the breakout makes nail-biting reading. Bushell knew he was risking death, and realised that the vast majority of the fellow escapees – most of whom spoke no German and still wore uniforms unconvincingly disguised as civilian clothes – stood no chance of getting away across thick snow. Bushell justified his grand plan, however, by arguing that hunting such a vast number of escapees would divert German resources from the war. Walters shows, though, that the escape did nothing whatever to hinder the German war effort.
Along with indicting Bushell’s irresponsibility, Walters reveals the extent to which the camp was effectively controlled by its inmates. It was nominally run by senior Luftwaffe officers who had sympathy for their charges and feared the encroaching power of the Gestapo. On a lower level of command, the poor quality of the lesser German guards made them susceptible to bribery and blackmail.
By this stage in the war (1943/4) Germany was running short of resources, and the prisoners, kept supplied by generous Red Cross parcels, had more food, drink, tobacco and other creature comforts than their guards. Many of the aids used in the escape – passes, uniforms, stamps – were genuine rather than forgeries, smuggled into the camp by suborned guards. On those impervious to bribery, pressure could be exerted by blackmail, which was ruthlessly applied by the “Kriegies” (inmates) if they discovered some transgression committed by their guards, or a weak point in their defences – such as an infatuation for a Kriegie.
Walters underlines repeatedly that the Germans at the camp, from the commandant Von Lindeiner down, were explicit in warning the Kriegies of dire consequences if they were caught on the wrong side of the wire and fell into Gestapo hands. Bushell disregarded these warnings, and for this, Walters finds him culpable for his own murder and those of his comrades. The great escape, he sadly concludes, was a great folly.
Review courtesy of The Guardian

Guy Walters is the author and editor of nine books, which include four wartime thrillers, the critically acclaimed Berlin Games and his latest work, Hunting Evil. With James Owen he co-edited The Voice of War, an anthology of Second World War memoirs. Shortlisted for the 2006 William Hill Sports Book of the Year and the NASSS’s 2007 Outstanding Book award, Guy has been an author since he left The Times of London, where he was a feature writer and a commissioning editor.
His books have been translated into several languages, and Hunting Evil has been and will be released in the UK, the USA, Canada, Norway, Sweden, Holland, France, the Czech Republic, Croatia, Denmark, Poland and Romania.
Guy writes for a handful of UK newspapers and magazines, and is a frequent contributor to the Jeremy Vine show on BBC Radio 2. He regularly gives talks to societies up and down the country. When he finds the time, Guy is currently working on his PhD at Newcastle University under the supervision of Professor Tim Kirk.
His wife, Annabel Venning, is also an author, and they live in Wiltshire in the southwest of England with their two children, William, 7, and Alice, 5. In his spare time, he is a keen player of croquet and pétanque.