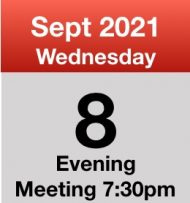 BMMHS are delighted to welcome back Helen who gave such an excellent and interesting talk in September 2019, on A Very Secret War: Bugging Hitler’s Generals. This time Helen will be talking to us about MI9 Escape and Evasion.

When Allied fighters were trapped behind enemy lines, one branch of military intelligence helped them escape: MI9. The organisation set up clandestine routes that zig-zagged across Nazi-occupied Europe, enabling soldiers and airmen to make their way home. Secret agents and resistance fighters risked their lives and those of their families to hide the men. Drawing on declassified files and eye-witness testimonies from across Europe and the United States, Helen Fry provides a significant reassessment of MI9’s wartime role. Central to its success were figures such as Airey Neave, Jimmy Langley, Sam Derry, and Mary Lindell-one of only a few women parachuted into enemy territory for MI9. This astonishing account combines escape and evasion tales with the previously untold stories behind the establishment of MI9-and reveals how the organisation saved thousands of lives.

MI9, the British Directorate of Military Intelligence Section 9, was a department of the War Office between 1939 and 1945. During World War II it was tasked with supporting available European Resistance networks and making use of them to assist Allied airmen shot down over Europe in returning to Britain. MI9 infiltrated agents, usually by parachute, into occupied Europe. These agents would link up with a Resistance cell and organize escape-and-evasion efforts in a particular area, usually after being notified by the Resistance of the presence of downed airmen. The agents brought false papers, money and maps to assist the downed airmen.

MI9 manufactured various escape aids that they sent to POW camps. Many of them were based on the ideas of Christopher Hutton. Hutton proved so popular that he built himself a secret underground bunker in the middle of a field where he could work in peace.

Hutton made compasses that were hidden inside pens or tunic buttons. He used left-hand threads so that, if the Germans discovered them and the searcher tried to screw them open, they would just tighten. He printed maps on silk, so they would not rustle, and disguised them as handkerchiefs, hiding them inside canned goods. For aircrew he designed special boots with detachable leggings that could quickly be converted to look like civilian shoes, and hollow heels that contained packets of dried food. A magnetised razor blade would indicate north if placed on water. Some of the spare uniforms that were sent to prisoners could be easily converted into civilian suits. Officer prisoners inside Colditz Castle requested and received a complete floor plan of the castle.

Hutton also designed an escaper’s knife: a strong blade, a screwdriver, three saws, a lockpick, a forcing tool and a wire cutter.

MI9 sent the tools in parcels in the name of various, usually nonexistent, charity organizations. They did not use Red Cross parcels lest they violate the Geneva Convention and to avoid the guards restricting access to them. MI9 relied upon their parcels either not being searched by the Germans or ensuring that the prisoners (warned by a secret message) could remove the contraband before they were searched. In time the German guards learned to expect and find the escape aids.

Pat Reid describes in his book the story of a package of records that was sent to Colditz prisoners in the Second World War. One soldier took his out of the package and tripped. It smashed on the floor to reveal money and forged identity cards. Unfortunately, everyone else took to smashing their records hoping that they would find some escape items inside, destroying their actual records with nothing to be found inside.

The British games manufacturer Jaques of London were commissioned by MI9 to produce a variety of games (from board games to sports) which contained numerous escape and evasion devices. These included travel and full sized chess sets, with contraband inside the wooden boards, the boxes or the chess pieces themselves, table tennis, tennis, badminton racquets containing money, maps and miniature compasses, dart boards filled with escape devices and tools, shove halfpenny boards, hollowed and filled with escape aids, and larger boxed games containing even more contraband. It was not until X-Ray machines were deployed at German POW camps, that the German authorities began to capture significant amounts of escape material.

Helen has written and edited over 25 books. Her works cover the social history of the Second World War: British Intelligence and the secret war; spies and espionage; and MI9 escape and evasion.

Helen continues to bring fresh insight into the clandestine operations of World War 2, including widespread coverage of the greatest deception of the war: the bugging of Hitler’s generals at Trent Park, North London.

Because of her expertise in British Intelligence in both World Wars, she has been involved in a number of documentaries – including David Jason’s Secret Service.

She has conducted advisory work for TV and drama; something which she particularly enjoys, as well as numerous radio & TV broadcasts including the recent D-Day commemorations in Normandy.

Helen has also written extensively about the 10,000 Germans who fought for Britain in World War 2. 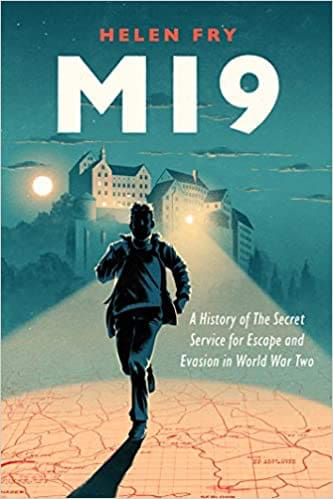 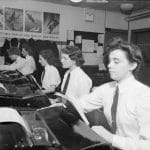 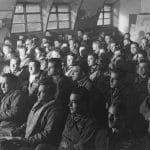