The British Modern Military History Society will this month be hosting a presentation given by historian and author Roger Moorhouse on:-

For nearly two years the two most infamous dictators in history actively collaborated with one another. The Nazi-Soviet Pact stunned the world when it was announced, the Second World War was launched under its auspices with the invasion and division of Poland, and its eventual collapse led to the war’s defining and deciding clash.
It is a chapter too often skimmed over by popular histories of the Second World War, and in The Devils’ Alliance Roger Moorhouse tells the full story of the pact between Hitler and Stalin for the first time, from the motivation for its inception to its dramatic and abrupt end in 1941 as Germany declared war against its former partner.
Using first-hand and eye-witness testimony, this is not just an account of the turbulent, febrile politics underlying the unlikely collaboration between these two totalitarian regimes, but of the human costs of the pact, as millions of eastern Europeans fell victim to the nefarious ambitions of Hitler and Stalin.

THE GERMAN-SOVIET INVASION OF POLAND, 1939

I studied history and politics at the School of Slavonic and East European Studies of the University of London in the early 1990s, graduating with an MA in 1994. Since then, I have studied at the universities of Düsseldorf and Strathclyde, cunningly avoiding gaining a PhD at either.

I began my writing career working for Professor Norman Davies, collaborating with him on many of his recent publications, including “Europe: A History”, “The Isles: A History”, and “Rising ’44”. This working relationship culminated in 2002 with the publication, in three languages, of a co-authored study of the history of the city of Wrocław (the former German Breslau) entitled “Microcosm: Portrait of a Central European City”.

2006 saw the publication of my first solo book: “Killing Hitler”, an account of the numerous attempts on Hitler’s life.  It was a critical and commercial success and has been published in numerous other languages, including German, Spanish, Chinese, Italian and Japanese.

My next book “Berlin at War” was published in 2010. A social history of Berlin during World War Two, it is based on first-hand material such as unpublished diaries, memoirs and interviews, and gives a unique “Berlin-eye view” of the war. It has been well-received, with positive reviews in most major publications. Writing in the Financial Times, Andrew Roberts said of it that: “Few books on the war genuinely increase the sum of our collective knowledge of this exhaustively covered period, but this one does.”  “Berlin at War” was shortlisted for the Hessell-Tiltman Prize in 2011.

My book “The Devils’ Alliance”, published in August 2014, is a history of the Nazi-Soviet Pact, one of the few remaining unexplored areas in the history of World War Two. Published to coincide with the 75th anniversary of the Pact’s signature, it was described by one reviewer as “grim and compelling”.  It has since gone into 9 languages and was a top-ten best-seller in Denmark and Poland.

My most recent book is “First to Fight: The Polish War 1939”, which is an examination of the September Campaign of 1939, one of the least understood military campaigns of World War Two in Europe.  It has already been published in Polish as “Polska 1939”, and has been very well received.

I was very pleased to be appointed a visiting professor at the College of Europe in Warsaw in 2016 and have been teaching there for the last three years.  When I am not in Berlin or Warsaw, I live in Hertfordshire or travel across the world. 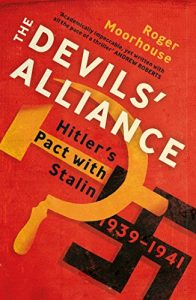 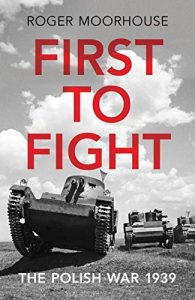 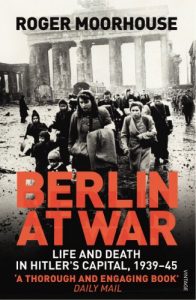 Further details on Roger and his books may be found on his website www.rogermoorhouse.com