Lest we forget - The sinking of the Lancastria

Just two weeks after Dunkirk, Britain’s Royal Navy and Merchant Navy vessels were active again, in Operation Aerial, the evacuation of the men on the lines of communication, in base depots and in other establishments, who had been left behind during those dramatic few days in our wartime history.

The Operation was a major undertaking lasting from 15th to 25th June 1940,  and involved over 130 British and allied liners, merchant ships, motor vessels, and tugs. It was coordinated by Admiral James RN, C-in-C Portsmouth. The vessels were dispatched from various English southern and western ports. One of these ports was Falmouth which was heavily involved over the duration of Operation Ariel with more than 6,000 allied troops and refugees and a variety of interesting cargoes.

There were an estimated 40,000-60,000 men, women, and children waiting to be rescued at St. Nazaire, a harbour 430 miles to the south-west, in Brittany. To lift off this number the following craft were assembled: the destroyers HMS Havelock, HMS Wolverine and HMS Beagle; the liners Georgic, Duchess of York, Franconia and Lancastria; plus the Polish ships Batory and Sobieski.  Air cover was provided during this operation by the RAF including aircraft from  1-17-73-242-and 501 Squadrons.

The Lancastria had already evacuated British troops from Norway

On Monday, June 17, the RMS Lancastria, which had been pressed into war service as a troopship, was anchored just outside the harbour of St. Nazaire taking on the tradesmen, labourers, mechanics, Royal Army Service Corp and RAF maintenance crews who had remained while Dunkirk was evacuated.

On June 16, thousands of troops had left for the shores of England aboard two Polish ships. There had been attempted German raids, but the arrival of two destroyers, HMS Highlander and HMS Vanoc, plus British fighter cover, had been enough to deter the aircraft.

Now, a day later, there were still 67,000 troops waiting to get back to the UK. Most were worried about submarines and didn’t stop to think about a threat from the air, so boarding the Lancastria was orderly.

Built on the River Clyde for the Anchor Line she could carry 1,300 passengers on her seven decks, had three cargo holds and was crewed by 300. Her speed was 19mph (16.5 knots). She was a sleek, beautiful liner, but on this day was to be registered as the biggest loss in maritime history.

Her day began with the captain telling three members of the Royal Navy Reserve: “Normally our capacity is 2,100 including the crew, but at a pinch we can take 3000.”

On her day of sailing she carried more than 7,500 as the captain had estimated that the number boarding was lower.

Among this great crowd of fighting men were 38 civilians, 18 of them workers from the Fairey Aviation Corporation, along with a few women and children. By four in the afternoon the last soldier had been taken on board, squeezing himself into the incredible press of men on the vessel’s open deck because every square inch of cabin space had long since been filled.

Keep a lookout for aircraft

The Lancastria’s crew were told however to keep a look-out for German bombers as they were active above the Loire Estuary, but with his ship staying at anchor the captain thought it would be safer than moving.

She was within minutes of hauling up anchor, however, and swinging about for the run across the Channel to England and safety, when a lone JU 88 twin-engine bomber began its bombing run on the helpless craft.

In the last seconds of its shallow dive, and before RAF fighter aircraft could get to the port, several Bren-gunners aboard the ship opened fire, trying but failing to drive the plane off.

Four bombs plummeted towards the ship, two hitting the sea nearby, while one smashed through the dining salon and exploded in a lower deck, and the other, according to witnesses, went straight down the funnel and detonated in the engine room, both bombs blowing gaping holes in the ship’s sides.

Soon after the Lancastria was hit, there was a massive explosion. There was total panic and chaos. The wounded running everywhere, blood on the decks as well as below, screams from the injured, children and women in hysterics. The German plane circled and screamed in again, bullets of hot lead zapping everything, while down below thousands of men were scrambling to get free. Just days earlier men had been rescued from the Dunkirk beaches by The Little Ships. Now heroic rescuers were being attacked again.

The biggest loss in maritime history

The ship was equipped with 16 lifeboats and thousands of lifejackets, yet most of the boats couldn’t be launched because of the angle of the hull caused by the bombing. The angle she was at had snapped the hawsers holding her to the quayside and she listed heavily with men, women and children trapped.

The lifeboats that could be manned tried to leave the sinking vessel but the numbers of survivors clinging to the sides swamped the boats and sank them, leaving their passengers helpless in the sea.

With the scarcity of lifejackets, a high percentage had to go without. Some tried to jump from the decks and broke their necks when hitting the water. A good many of those in the sea being non-swimmers, these unfortunate souls thrashed about for several minutes before slipping beneath the surface to drown.

Although it was obvious the vessel was sinking, it didn’t do so until 15 minutes after the bombing, oil mixed with blood rising to the surface as it did so.

Until then, the soon-to-be-drowned souls on board the Lancastria began singing cheerful songs to keep their spirits up, like ‘Roll Out the Barrel,’ ‘Hang Out the Washing on the Siegfried Line,’ then as the end drew near they broke into ‘There’ll Always Be An England.’ Closer to the ship’s stern, another group, their voices clear and unwavering, sang ‘God Be with You till We Meet Again.’

Fear can also do strange and awful things to the human mind. One panic-stricken man in the water went berserk as he tried to tear the lifejacket off another, then fought to join a group of six people clinging together in a circle, three having lifejackets, the others not.

Many ships in this awful wartime saga sank in 1940 but what makes this one so terrible is that the people in the water were an easy target for the German Luftwaffe, who kept diving in and keeping up continuous machine-gun fire on them as they struggled to survive.

This day more than 5,000 would die, a tragedy reported by newspapers the world over. Finally, the poignant scene of a mother, whose tiny baby was thrown into the water when a lifeboat capsized, crying out to others drifting nearby: “My baby! My baby! Please find my baby!” Back came the answer: “It’s all right, Ma, we’ve got her” as they held her baby well above the water.

More lives lost than on the Titanic

More lives were lost however with the sinking of the Lancastria than the sinking of the Titanic. Winston Churchill the Prime Minister of the day ordered a total blackout of the disaster and condemned it to official secrecy after it was destroyed by one German bomber. The Lancastria’s captain had taken more onboard than he should, it is understood that, although ready to sail, he feared attack at sea and decided to wait for destroyer assistance just in case. This wait was his last decision for at 15:58 his ship was bombed and many lives were lost.

The governments suppression of exactly what happened was imposed on the National newspapers, the same government that allowed the photos and stories of men rescued from the slaughter of Dunkirk beaches.

Now the mighty ship lies on the seabed in an exclusion zone, her ghost echoing down the years the plea that she must not be forgotten. At the request of the British government to the French she is protected as a war grave and the British military personnel whose bodies were not recovered are commemorated on the Commonwealth War Graves Commission memorials.

In October 2011 the Lancastria Association of Scotland erected a memorial to the victims on the site where the ship was built, the former Dalmuir shipyard at Clydebank, Glasgow, now the grounds of the Golden Jubilee Hospital, and in September 2013 a plaque was unveiled at Liverpool’s pierhead by the Lord Mayor commemorating the loss of the ship.

David devotes the proceeds of his many popular books to the Motor Neurone Disease Association.

Chief among his publications are his lovely Norfolk books created from living in the beautiful county where he has made his home.

These nostalgic booklets led to writing and publishing stories of the incredible young men of the United States Air Force along with the RAF, RCAF and AAF who ﬂew from this county in raids over Germany in the Second World War. More war stories followed.

In Dunkirk, his latest book, he tackles the overpowering events of a surrender that was at the same time a victory.

No word is more evocative than Dunkirk to those who remember the war. This book covers just about every aspect of those vital few days which even wartime prime minister Winston Churchill described as a “colossal military disaster”. David holds nothing back. The unbelievable barbarity of the enemy faced by the British Expeditionary Force in France. The pain, the humiliation, the bullets, the blood, the sheer savagery of the German advance. The terror on the beaches as the Stuka dive bombers screamed down on the troops waiting to be evacuated.

Then there is the uplifting side to the Dunkirk story. The bravery of the men who set out across the English Channel, risking bombs and mines in Royal Navy and Merchant Navy vessels and the famous Little ships, to rescue the men off the French beaches. Every craft that took part is listed in these pages, many with their individual stories of heroism. 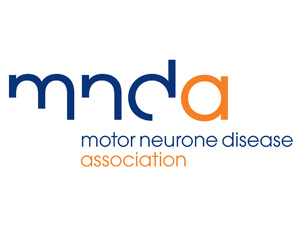