This article is an extract from the latest BMMHS Publication “Glimpses of War Volume 2“. A compilation of military stories and eyewitness accounts to raise funds for Blind Veterans UK. 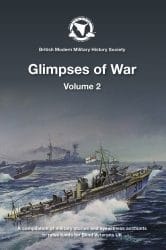 MTB Action off the Dutch Coast

Jenny Thurston writes about both her Father’s and her uncle’s wartime experience in an MTB flotilla based in Lowestoft.  This action was off the Dutch coast in 1944 and her uncle was seriously wounded.

MTB Action off the Dutch Coast

On the night of 14th/15th February 1944, my Dad Able Seaman Charles Wright and his younger brother Able Seamen Ronald Wright, were in a flotilla of five MTBs out of Hamilton Dock, Lowestoft, crossing the North Sea at 38 knots to ambush a German convoy off the Dutch coast which was heading for harbour at Ijmuiden. Charles was on MTB 440 and Ronald was a gunner on MTB 444 and the flotilla was under the command of the fearless Antarctic explorer Derek Leaf.

After they had laid in wait for nearly three hours, the flotilla ambushed the German convoy, sinking or damaging all of the enemy ships.  As they circled to further press home the attack they were in turn ambushed by German E-boats of the 2ndE-boat flotilla who were returning from a mine laying operation off Great Yarmouth.

As Ronald’s First Lieutenant stated ‘all hell broke loose’ and they came under heavy fire at very close range and within a few seconds MTB 444 had been reduced to a smouldering wreck.

The Commanding Officer Derek ‘Blondie’ Leaf was killed, and my uncle Ronald badly wounded when shot through his leg. During this action, MTB 444 became detached from the rest of the flotilla which by this time had withdrawn under fire and was on its way back to Lowestoft.

MTB 444 was now on its own, wallowing off the enemy coast but the crew managed to restart the engines and they nursed the boat through the darkness and limped into Lowestoft some four hours later by now under the command of Lieutenant Peter Davis.

That morning they could see that the hull was still smouldering and as the risk of a fire and explosions fed by fumes from the 100 octane fuel was so great that, after the casualties were taken ashore, the boat was scuttled in the harbour.

I remember Dad saying how sad and poignant it was when his commanding officer Lieutenant Leaf was brought ashore as he and his wife had a new-born baby.

My uncle Ronald was taken to hospital where doctors wanted to amputate his shattered leg, but my Dad as his next of kin, refused permission and asked them to try to save it, which they did.  He remained in hospital and rehabilitation for about a year after which he lived a normal life albeit with a limp. He was mentioned in dispatches.

During the engagement some German sailors were captured and later returned to the shore base HMS Mantis in Lowestoft for interrogation. As he was escorting these POWs Charles traded some cigarettes for an E-boat officer’s cap badge.

Dad managed to get the odd day’s leave when he could jump on a train to Norwich and visit my Mum – the only perk of being in Lowestoft after four years on destroyers in the Atlantic and round Africa! 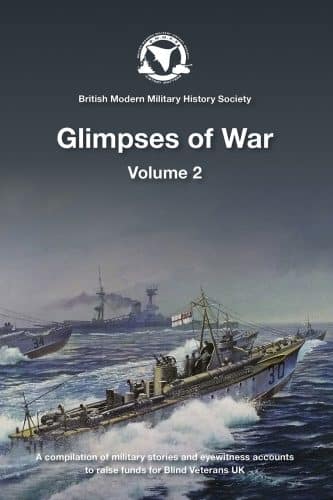 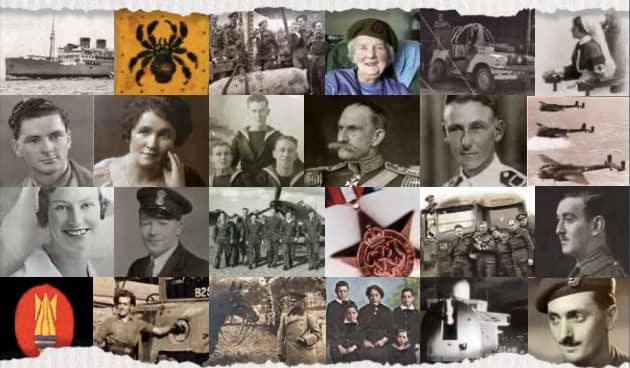 ‘Congratulations to the BMMHS. Historical awareness is essential to understanding who we are. To this purpose I loved Glimpses of War: Gloriously informative, deeply interesting and constantly intriguing.’

Glimpses of War Volume 1 is available on Amazon.