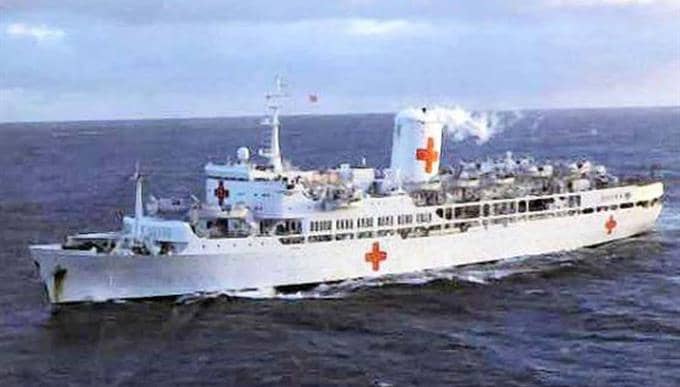 Weʼre helping to raise raise £2,000 to place a plaque remembering the 1982 Hospital Ship Uganda on the Remembrance Wall at the Falkland Islands Chapel, Pangbourne.

The P&O Cruise Ship SS Uganda was requisitioned in 1982 at the beginning of the Falklands War and became Her Majesty’s Hospital Ship Uganda. Following an incredible effort of conversion at the Gibraltar Dockyard, HMHS Uganda sailed as a Red Cross protected medical facility for the South Atlantic with a P&O ships crew and personnel from the Royal Naval Medical Service and Queens Alexandra’s Royal Naval Nursing Service providing an extremely capable and competent medical and nursing facility.

HMHS Uganda was the primary British medical facility at sea during the entire conflict and provided high quality medical and nursing care to British and Argentinian personnel, saving countless lives. HMHS Uganda was one of the last British units to leave after the conflict ended as the ship was required to provide medical support to the military and civilian populations, as the only Hospital on the Islands had been badly damaged.

The Trustees of the Falkland Islands Memorial Chapel at Pangbourne have agreed to the construction of a Remembrance Wall with the facility for any Unit that served in the Falklands War of 1982 to be remembered by a Plaque dedicated to their Unit.

So many owe their lives and recovery to the team of HMHS Uganda yet the history and role of the Ship is so often overlooked; a plaque marking the role of HMHS Uganda on the new Remembrance Wall would be a fitting tribute to the Ship, those who worked so hard to save life and the patients who were cared for.

Any donations received in excess of the required target will, in the first instance, be ring-fenced to help with ongoing website and administration for our Hospital Ship Uganda Reunion Group and thereafter donated to the Falkland Islands Memorial Chapel Trust.

If you would like to add a little ‘dit’ letting us all know what you did on Uganda it would be very interesting for other donors.