Destroying Zeppelins in The Great War - Article No 2

This is the second in a series of articles taken from Nigel Parker’s book Gott Strafe England - The German Air Assault Against Great Britain 1914–1918. Volume 3 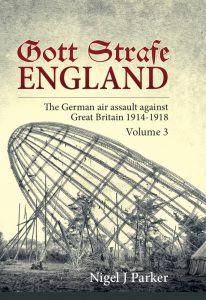 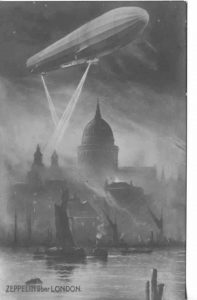 The aerial attacks against Great Britain by airships and aircraft in the Great War were a new development in the history of British warfare with the population believing that the enemy was spreading death and destruction on the homeland at will.
In this, the second in a series of articles taken from Nigel Parker’s book Gott Strafe England –The German Air Assault Against Great Britain 1914–1918. Volume 3, we continue to look at some of the ideas for countering the threat from the Zeppelin menace. 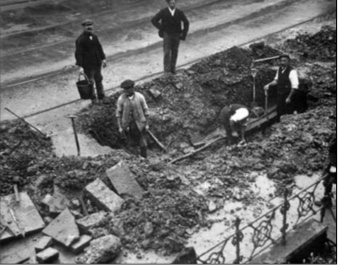 One of the most remarkably complicated ideas for destroying airships was the Fiery Grapnel which was added to the Royal Flying Corps inventory of weapons in May 1916 with a similar idea to the Aerial Torpedo in that it was towed below the attacking aircraft. There does not appear to be any record of this most ingenious of devices ever being used in the defence of Great Britain although it was trialled against captive observation balloons with limited success.
The idea was that an attacking aircraft was equipped with two grapnel devices that were held in a rack beneath the aircraft and when a hostile airship was sighted the pilot released one of the hooks and gradually allowed it to trail out on a 250 foot length of Bowden cable being careful not to cause any sudden shocks in the lowering process. Once the lowering process had been completed the pilot flew directly at the airship to be attacked, pulling up over it at the last moment allowing the grapnel to snag the outer envelope of the airship. The shock of catching the airship broke a weak link beneath the attacking aircraft causing the second grapnel to fall and be carried round the airship before snagging the envelope underneath. The second reaction caused by the shock of the grapnel striking the airship was to ignite a firework housed in the inner tube which sent out a flame and shower of sparks to which in turn set fire to the airship envelope and escaping hydrogen gas.