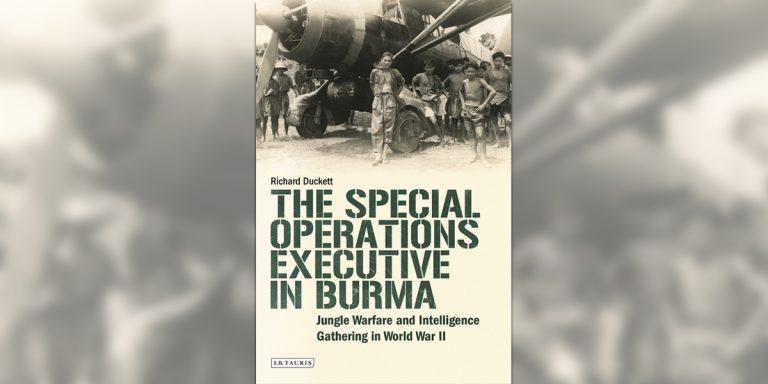 The war that the SOE fought in the Far East from December 1941 to August 1945 has not received as much attention as the exploits of their colleges in Europe during the Second World War. In this book, which describes the achievements the SOE mission to Burma, the author has used recently released archives and previously unknown personal accounts to examine the military and political debates surrounding the men and events.

The literature review looks in detail at the way the effectiveness of the SOE’s   campaigns has been analysed.  The narrative then describes the problems facing the missions and the way in which the SOE’s actions helped transform the Burma campaign form defeat to victory. The difficulties were   some of the most difficult terrain in the world, an inhospitable climate and the necessity to recruit and train men   from ethnically diverse groups, some of whom were also preparing to aid the Japanese invaders. The work of the SOE was to result in delaying the Japanese army and denying it territory, as well as providing essential intelligence to the army.

This account is written in scholarly detail but maintains a fast paced narrative. It is illustrated by helpful maps and photographs.

For further details on the SOE in Burma see website:-