Book Review: An officer, Not a Gentleman - Mandy Hickson 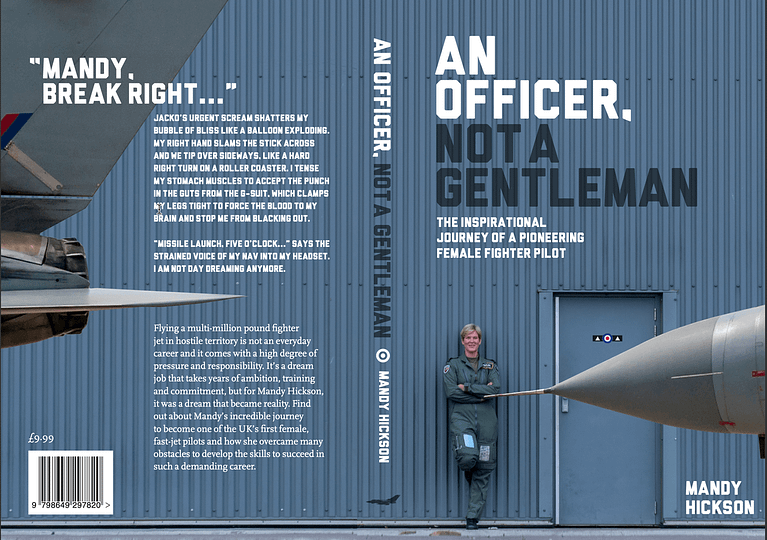 At one level this book is probably a standard account of life in the modern RAF flying fast jets. Two things make it stand out. Firstly the author has the writing ability to paint vivid pictures for the layman. Secondly, of course, Mandy Hickson (née Wells) is a woman, the second to fly the Tornado GR4 on operations. As such, she apparently represents a species that parts of the RAF were still struggling to come to terms with in very recent times.

This meant, it seems, that to the stringent demands on men seeking officer and pilot status was added a need to be “feminine”. This loosely-defined concept apparently included requirements to avoid swearing and drinking pints of beer, neither of which male colleagues were prohibited from.

The prologue supports my “vivid pictures” comment. Flying over Iraq in May 2008, Hickson recalls a dramatic moment:-

“‘MANDY BREAK RIGHT ……’ Jack’s urgent scream shatters my bubble of bliss like a balloon exploding. Before my brain has got past the ‘W’ of ‘What the …’ my right hand slams the stick across and we tip over sideways, like a hard right turn on a roller coaster. I tense my stomach muscles to accept the punch in the guts from the g-suit, which clamps my legs tight to force the blood to my brain and stop me from blacking out.

“‘Missile launch, five o’clock ……’ says the strained voice of my nav into my headset.”

Having survived that experience and presumably achieved adequate levels of femininity, Mandy Hickson has gone on to a post-RAF career, passing on to others her knowledge and experience. If my granddaughter were a little older I would recommend that she read this account of a woman prospering in a traditional “man’s world”.