In his introduction to this book, Professor Sheffield quotes a line from an obituary ‘appreciation’ of Major General Hugo de Pree, which considers him to be “the salt of the earth”.  In this largely sympathetic account of de Pree’s life the author uses recently discovered correspondence to shed light on the subject’s wartime career in particular. The letters are also interesting as Hugo de Pree was the nephew of Field Marshal Sir Douglas Haig.
The correspondence sheds light on the wartime career of a lesser known Great War general but also as many of the letters are between Haig and de Pree it brings new evidence to the body of knowledge concerning Haig.  The men seem to have had a close and amicable relationship which sometimes aroused a little resentment in men senior to de Pree, for example Field marshal Sir Henry Wilson.
Through sensitively edited correspondence and linking editorial notes, Professor Sheffield examines the early army career of de Pree, using letters to his mother, Mary Haig, his wife Diones, (Di) and cousins including Ruth de Pree. His war time career is examined in detail, with the authors explanatory notes placing the letters in context of the bigger picture of the war on the Western Front. The narrative includes de Pree’s own accounts of the major battles he was involved in, both in letter form, and more analytical accounts published by him after the war.
De Pree was involved as a Brigadier General in planning the Battle of Cambrai, and in the German Offensive of March 1918 commanded the 189th Brigade of 63rd (Royal Naval Division). The most controversial episode in his career occurred when he was temporarily relieved of his command in August 1918, accused of calling off an attack, which he had cancelled because of unpreparedness of the attack and the high likelihood of high casualties with little gain. He was swiftly vindicated and appointed to command 135th Brigade in the 38th Welsh Division in the final offensive of the war.
Two other interesting strands of correspondence deal with involvement of de Pree in the controversies over Haig’s official biography and also the personal tragedy of the loss of one of his sons, John Bourlon de Pree who was killed in attempting to escape from Oflag V1b in 1942.

Professor Sheffield is one of the foremost academics and authors writing about the Great War and is an authority of Douglas Haig. He has worked the correspondence he has discovered from the Haigh and de Pree families into a convincing picture of a general whose story, although he might be “In Haig’s Shadow”, has much to offer readers interested in wartime command and the human stories revealed in the letters of two intertwined families at war. 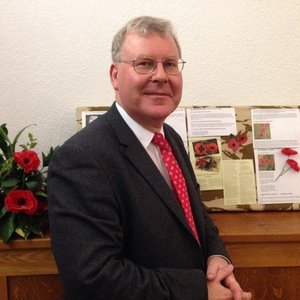