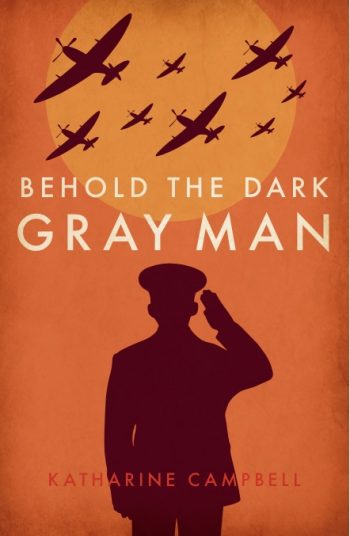 Sholto Douglas (eventually Lord Douglas of Kirtleside) flew into action in the First World War. From the 1930s he held a remarkable number of high military and civilian appointments.

He had grown up in penury after his father deserted the family yet so overcame that difficulty, apart perhaps from in his mind, that he is one of only two men (the other being Sir Arthur Harris Bt) to be made a Marshal of the Royal Air Force, without having served as Chief of the Air Staff. Douglas could be unorthodox in his thinking and had a talent for attracting controversy. His private life was colourful.

Douglas did pen two volumes of memoirs but other coverage of him has been limited, despite the scope for authors offered by his life.

Now the challenge has been taken up by his daughter, Dr Katharine Campbell. Writings by close relatives often can be found wanting for objectivity. That is not true here. Many pages cover Douglas’s considerable achievements and many as well refer to the “warts” and alleged “warts” which litter the Douglas career.

In one sense at least Campbell takes after her father. Her approach is far from conventional. I cannot think of any similar volume in the literature on Second World War commanders. Not only do we have an account of the working life and an assessment of the courses that Douglas steered, but we are given a vivid picture of the situations to be encountered, not always palatable, when Douglas was off duty. The behaviour of other RAF officers is censured. One very senior figure who is accused of conduct amounting perhaps to dishonesty is Sir Arthur Coningham.

The climax of the work is Campbell’s theories about the causes and nature of her father’s mental health issues in his last years. Readers are offered almost a textbook on PTSD and associated issues, yet the book is always readable. Emphasis is placed on the distress caused to Douglas by his time as C-in-C and Military Governor of the British sector in post-war Germany, including the requirement to sit on the final court of appeal on the death sentences passed on some Nazi leaders.

In the modern era, mention of the name “Sholto Douglas” can provoke social media fury, usually because of his role, real or imagined, in the departure from their posts of Sir Hugh Dowding and Keith Park in late 1940. The situation was far more nuanced than is sometimes portrayed and Campbell covers it in detail.

If Douglas could be something of a schemer, he was also schemed against. Campbell refers to the damaging anti-Douglas campaign waged by Air Chief Marshal Sir Wilfrid Freeman and quotes from a letter Freeman wrote to Portal, the Chief of the Air Staff, when Douglas was being considered for the role of Vice-CAS:-

“Douglas is at heart a cad – but an able one. He will get on well with the PM and will keep Bert [Harris] and L-M [Leigh-Mallory] in their places. He is a bit inclined to run off early from work – has some very unpleasant friends and is given to favouritism. His judgement of men is bad.”

Sholto Douglas will continue to be a controversial figure. What has changed is that nobody can now be taken seriously in assessing him who has not read Campbell’s scholarly volume.