Before Chernobyl - Nuclear Accidents the World has Forgotten 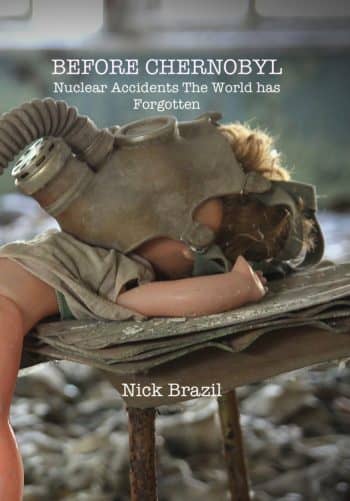 This is an intriguing title for what proves to be a brief insight into the mysterious world of nuclear fission and what can go wrong. A difficult subject to research given that government, the military and the nuclear industry tend to try to keep what goes wrong a closely guarded secret given the potentially disastrous nature of such an event. “In the design of something completely foolproof one often underestimates the ability of complete fools” is a very apt proverb in the case of the quest to harness the power of nuclear fission for the purpose of good or as a weapon and this book gives the reader a brief overview of when things have gone wrong quite often in a small way, a major disaster being averted by the outstanding bravery of a few individuals who are so often overlooked.

Mankind has been relatively lucky in that apart from the planned nuclear explosions starting on 16th July 1945 with the detonation of the Trinity Test bomb in the Jomada del Muerto desert there have been very few truly devastating nuclear accidents until Chernobyl due to more luck than judgement.

The book starts by looking at the first documented nuclear accident in June 1942 at Leipzig, Germany which was confined to a laboratory room and then proceeds to document many minor incidents involving fissile material, to the loss of nuclear bombs to the potential disasters at nuclear plants which were just averted by quick thinking and action. Not all nuclear accidents are documented due to the victims being exposed to radiation over a prolonged period as in the case of Madame Curie during her early work on the development of X-Rays, being the first of many.

This book is divided up into many short chapters and accounts some describing minor incidents where there is very little information in the public domain but all the same intriguing and insightful. It is certainly brought home to the reader that radiation is an invisible killer that in the wrong hands could spell the end of humanity and fortunately we have been spared.

Nick Brazil has tackled a very difficult subject and although this book could consist of many volumes he has condensed it down to a readily readable account that offers the reader the potential to follow up on the various references.

At a cost of ten pounds this book in my opinion is a good buy and a worthy addition to anyone’s bookshelf who has an interest in what nearly went wrong.

or request your copy via

In 1940 refugee scientists Franz Simon, Nicholas Kurti, Heinrich Kuhn having fled Nazi Germany were deemed to be too much of a security risk to work on radar that was being developed at the Clarendon Laboratory, Oxford and were therefore given the task of investigating the separation of uranium 235 by gaseous diffusion; this they did by using one of Mrs Simon’s kitchen sieves and gradually reducing the size of the holes by hammering the sieve with a hammer, gradually enriching the pile of uranium they had been given; in some ways was this a nuclear accident in the making? Nicholas Kurti died in November 1998 at the age of 90 was believed to have been the last person alive to have witnessed the Trinity Test in 1945.