The Mesopotamia Campaign in the First World War 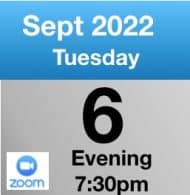 The Mesopotamia Campaign in the First World War

If the Mesopotamia Campaign is known for one thing, it is the disastrous Siege of Kut: all other military activities in the Middle East being dominated by Gallipoli and the Arab Revolt. Yet either side of Kut were a series of incredibly successful campaigns. Arab observers noted that the British captured Kut twice, while the Turks could only starve out the British-Indian defenders. The campaigns of 1914-1915 where highly successful and came very close to capturing Baghdad. After Kut, General Maude would rebuild a shattered and demoralised army and lead it successfully to Baghdad and beyond, something which one of his subalterns, Bill Slim, would replicate in India in the next war. All of this was achieved in a theatre lacking the most basic infrastructure.

Paul's nominated charity for this talk

About the speaker - Paul Knight

Major Paul Knight PhD VR FRHistS is an Army Reserve officer employed in Historical Analysis at the Land Warfare Centre. He served two operational tours in Iraq (2005 and 2007) and a year in between studying Arabic. While serving in Al-Amara in 2005, he became interested in the Mesopotamia Campaign, in particular ‘Townshend’s Regatta’ of 1915 which captured Al-Amara at the end of the most successful advance of the British Army in the First World War. He is the author of The British Army in Mesopotamia and is currently writing a book on the Second Battle of Ramadi, 1917, which he will argue was the most perfectly fought battle of the war.