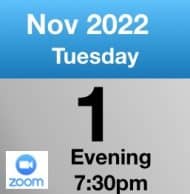 This presentation will cover the history of 273 Sqn RAF between Mar ‘44-Jul ‘45, based primarily on the Operational Record Books of the Sqn, a ‘Secret Diary’ that was kept by the Ops Officer during the period and my father’s log book. The background to the presentation will briefly mention the role the Sqn played during WWI and then cover the background that led up to where we join the Sqn in Ceylon in Mar ‘44.

It is a fascinating story which that should be shared with people who have an interest in military history.

About the speaker - Philip Piper

Served 38 years in the Army, the majority of which was with the Army Air Corps. He was a helicopter pilot and retired as a Lt Col. He served in N. Ireland, Germany, Italy, Australia, the Falklands Islands and Zimbabwe. He lives in Wiltshire and is employed as the Aerodrome Operator for Upavon and Netheravon airfields. He continues to fly using his NPPL.