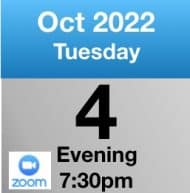 In 1969 the prolonged spate of violence that broke out in Northern Ireland and became known as ‘The Troubles’ was countered militarily by Operation BANNER which would run until 2006. The Army Air Corps made a crucial contribution to Operation BANNER providing helicopters and fixed wing aircraft that carried out intelligence gathering and surveillance, moved troops around ‘bandit country’ and fought back against terrorist groups. A generation of Army Air Corps aircrew and groundcrew cut their teeth in Northern Ireland and the lessons they learned were carried forward to operations in the Balkans, Iraq and Afghanistan.

About the speaker - John Greenacre

John Greenacre was commissioned into the British Army in 1988 and served as a reconnaissance and surveillance helicopter pilot with the Army Air Corps in the UK, Northern Ireland, Balkans, the Gulf, Kenya, Canada, Falkland Islands and Germany before he retired in 2011. He gained his PhD in history from Leeds University in 2009 with a thesis on the development of British airborne forces. He currently lectures history at the University of Suffolk and (pandemic allowing) is an active battlefield tour guide across Europe.