This Zoom Talk is scheduled to start at 7:30pm 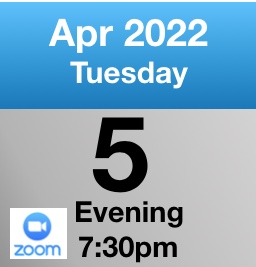 ‘Lieutenant Watson, with his own squadron and that under another lieutenant, came upon a body of rebel cavalry. The ressaidar in command of them, with about half-a-dozen, rode out and confronted Lieutenant Watson and in the fierce fighting which ensued the lieutenant received several disabling blows and cuts from tulwars. He continued to defend himself, however, until his own men joined in the melee and utterly routed the enemy’.

The desperate action at the British Residency at Lucknow saw some of the bloodiest fighting of the Indian Mutiny (1857-1859). Under siege from July 1857, a relief force fought its way into the city in September 1857 but the siege could not be lifted until November.

Surgeon Home (1826-1914) and Assistant-Surgeon Bradshaw (1830-1861) of the 90th Regiment of Foot (Perthshire Volunteers) (Light Infantry) were part of the relief force. For their bravery and good conduct they were both awarded the Victoria Cross. According to ‘The London Gazette’ of 18 June 1858:

‘The dooly bearers had left the doolies (covered stretchers), but by great exertions, and notwithstanding the close proximity of the sepoys, Surgeon Home and Assistant-Surgeon Bradshaw, got some of the bearers together, and Assistant-Surgeon Bradshaw with about twenty doolies becoming separated from the rest of the party, succeeded in reaching the Residency in safety by the river bank.’

The Central Indian Horse were raised in 1857 for service during the Indian Mutiny (1857-1859). Known initially as Mayne’s Horse after its founder Henry Otway Mayne, at the end of the rising the unit was stationed at Guna, in the state of Gwalior in central India. In 1860 Mayne’s Horse was renamed the 1st Regiment Central India Horse. It was later added to the Bombay Army establishment during the post-mutiny re-organisation. © NAM. 1963-06-42-2

The Hospital Camp before Lucknow, 1858

Although most early military photographs appear to have been carried out by off-duty officers, it seems that the Royal Engineers (RE) and its Company equivalents were introducing the new technology to both officers and NCOs by the mid-1850s. From 1855, tuition in photography was available to cadets at the Company’s Addiscombe college, and by 1858 at least one RE unit, the 23rd, used the camera as an ordinary part of their equipment. The 23rd Company also served during the Indian Mutiny (1857-1859).

Colonel Faber, Chief Engineer in Madras in 1855, was in no doubt as to the value of the camera, considering that it would soon quote ‘supersede the tedious and highly paid labours of the professional draughtsman’. In time, he believed that knowledge of the medium would form part of the duties of all engineers. During the mutiny, Jones produced a handful of albumen prints from collodion negatives, most of which were of Lucknow, during and after its recapture in March 1858. Jones was one of the few photographers who was present to record scenes at the time of the actual fighting. © NAM. 1993-10-218-4

From the working drawing by Private W Hull, King’s Own Scottish Borderers.

Cawnpore was a major crossing point on the River Ganges, and an important junction, where the Grand Trunk Road and the road from Jhansi to Lucknow crossed. In June 1857, during the Indian Mutiny (1857-1859), the Bengal Army sepoys stationed there rebelled, looted the treasury and laid siege to Major-General Sir Hugh Wheeler’s garrison. Wheeler retreated to a dry earthen entrenchment just outside the city. © NAM. 1997-12-17-1

Soldiers disembark from a troopship at Gravesend, on their return from the Indian Mutiny (1857-1859). About 40,000 British troops were sent to India, more than had been mobilized for the Crimea, to suppress the mutiny among the Indian troops of the East India Company’s Bengal Army.

Descending from the troopship, a young woman peers over the shoulder of a bearded infantry corporal, who holds their baby for the first time. A young soldier of the 60th (The King’s Royal Rifle Corps) leans down, proffering his Victoria Cross to an In-Pensioner of the Royal Hospital Chelsea. In the centre, sailors assist a wounded sergeant to disembark. He wears a Kilmarnock ‘pork-pie’ cap under the white cotton ‘Havelock’ cover distinctive to the campaign, with the neck flap for protection from sunstroke. To the left a junior infantry officer is being greeted by his mother and sister.

The picture is important for the sense of the occasion which it conveys. While the uniforms are not correct in every detail, it is the case that one private did receive the Victoria Cross before arriving home. The disturbances in Bengal touched national pride. Massacres of Europeans, luridly reported at home, led to some savage reprisals. O’Neil’s appeal to British patriotism is more subtle in its depiction of how the war affected the lives of ordinary people. He illustrates an overlooked aspect of a soldier’s life, that of reunion with his family after long absence on dangerous duty. © NAM. 1988-06-49-1

About the Speaker - Patrick Mercer

Patrick Mercer, by his own confession, has an obsession with military history.  Having read Modern History at Oxford, he served in the Army for 25 years, mostly in Northern Ireland, Uganda and Bosnia, before leaving to become the defence correspondent for BBC Radio 4’s Today Programme and then an MP.  But, in 2014 he returned to his first love – military history.

Mercer specialises in the Seven Years’ and Napoleonic Wars, colonial warfare, the Crimean Campaign, the Indian Mutiny, Irish rebellions and the Italian Campaign of 1943 – 45.  He has written extensively on the Crimea and the Italy, had a trilogy of historical novels published as well as a litany of magazine articles.

With lively views on current affairs, he also writes a regular column for the Yorkshire Post.