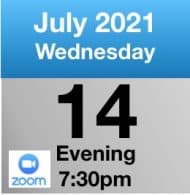 From 1940 into 1942 Malta faced relentless attacks by the Luftwaffe and Italian Air Force. The Royal Navy and Royal Air Force were heavily engaged in defending the island and attempting to keep the island supplied. Malta provided a base to disrupt Axis supply lines to Libya, and also for supplying British armies in Egypt.
Following the success of the Royal Navy in managing to inflict a number of defeats on the Italian Navy, in late 1940, Luftwaffe units were sent to the central Mediterranean region. During January 1941 they were immediately successful in limiting British operations. Following Hitler’s invasion of Russia in June of that year these units were moved to the Eastern Front. This allowed British submarines and aircraft from Malta to go on the offensive, with the aim of crippling the Axis supply lines and causing major logistical problems for Rommel’s Afrika Korps. However the German aircraft returned in December and helped to restore the supply route and effectively neutralise Malta as a base for Allied operations.
The Luftwaffe & Italian air force then laid siege to Malta, bombing key military installations, towns and supply convoys. This caused significant shortages of food and ammunition for the islands population and service personnel. The Royal Navy ran a number of heavily protected convoys sailing from Gibraltar in the west and Alexandria in Egypt in attempts to resupply the island. These hard fought convoys suffered considerable losses in crews and ships.
Operation ‘Pedestal’ was a convoy that reached Malta in August 1942 and may be regarded as a significant turning point in the siege of Malta, despite suffering very heavy casualties.
David’s talk will cover life under siege in Malta and the subsequent attempts to bring in the much needed aircraft, food, fuel, ammunition and supplies on Operation Pedestal.

David Vassallo, originally from Malta, is a consultant military general surgeon who served for
35 eventful years in the Royal Army Medical Corps before retiring in 2018. He has extensive field hospital experience in war zones, his first deployment being to the First Gulf War, followed by multiple tours in Bosnia, Kosovo, Sierra Leone, Iraq and Afghanistan.

David also has a passion for military history, particularly relating to Malta and to military medicine, with three books to his name. He has published articles on the history of Camp Bastion Hospital in Afghanistan, and chapters on the history of Operations Telic and Herrick at the behest of the Surgeon General for the official medical history of these campaigns; he has a Masters in the History of Warfare from King’s College London, his dissertation being on the transformation of the UK’s Defence Medical Services in conflict from 1990 – 2015. He is now Chairman, Friends of Millbank (the former Royal Army Medical College in London), www.friendsofmillbank.org, organising monthly online talks which celebrate the history, achievements and ongoing relevance of military medicine.

His chosen charity is the Museum of Military Medicine – he is raising funds for this Museum’s forthcoming move from Aldershot to a stunning new location in Cardiff Bay in 2023.