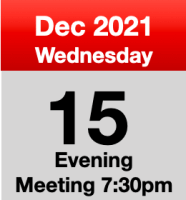 In view of the prevailing COVID conditions and to ensure the safety of our attendees we have regretfully decided to cancel this meeting.

The talk will examine Alamein’s place in history and consider some of the wider issues and consequences, as well as some of the lesser known aspects of this famous battle and campaign.

About the speaker – Professor Niall Barr

Professor Niall Barr is Professor of Military History and Dean of Academic Studies (Head of Department) of the Defence Studies Department, King’s College London, based at the Defence Academy, Shrivenham, UK.

Educated at the University of St Andrews, he has previously taught at St Andrews and the Royal Military Academy, Sandhurst. He joined Defence Studies in 2000, and has taught on every professional military education course, including the Higher Command and Staff Course, and at the Royal College of Defence Studies.  He has also conducted numerous battlefield tours and staff rides.

His main research interest concerns the operational history of the British Army in the Second World War, but he also has an enduring interest in the Scottish military tradition.  His current research project concerns the role and importance of food in war.