BMMHS Afternoon Zoom Talk: The role of NCOs in the armies of the British Empire 1914-1945 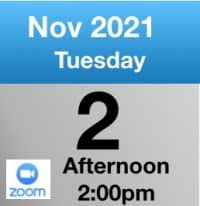 Field Marshal Lord Montgomery of Alamein described Non-Commissioned Officers as ‘the backbone of the army’, While there are few who would disagree with ‘Monty’s’ description, curiously, the NCO in the two world wars have received little attention from serious historians. In this talk, Professor Gary Sheffield looks at NCOs in the period 1914 to 1945, examining their role as leaders on the battlefield, enforcers of discipline, and as managers – in effect as ‘works foremen’, acting as the vital link between the ‘workforce’ of privates and the ‘higher managers’ or officers. He will be drawing on a wide range examples from the British army (Regular, Territorial and New Army);  and also from the Australian, New Zealand and Canadian armies, which were closely modelled on the British.

About the Speaker - Gary Sheffield

Professor Gary Sheffield holds the Chair of War Studies at the University of Wolverhampton. Educated at the University of Leeds (BA, MA) and King’s College London (Ph D), he is also the Honorary President of the Western Front Association. He has published a number of books and articles on military history, especially on the British army in the two world wars. His most recent book is, as editor, In Haig’s Shadow:The Letters of Major-General Hugo De Pree and Field-Marshal Sir Douglas Haig, 1914-1918 (Greenhill Books, 2019).

Click above for the BMMHS Zoom Talks & Meetings Schedule