The daylight raid on the Gestapo Headquarters in Copenhagen 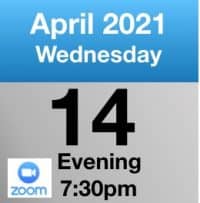 With the uncertainty over COVID-19 and the restrictions, please note that this is now a Zoom Talk.

In March 1995, David Drew was invited, along with some 50 others, to Copenhagen to witness the unveiling of a memorial to those killed in Operation CARTHAGE on 21 March 1945.  His uncle had been one of the casualties.  Over the next two days he had the opportunity to talk to many of the survivors of the bombing raid on the Gestapo headquarters in the city, both aircrew and Danish civilians, including members of the Danish resistance.  David will discuss the history behind the raid and some of the characters involved before going on to describe the raid itself, its failures and its successes.

About the Speaker - David Drew

David joined the RAF straight from school and, after nearly 37 years of service, retired in 2002.  He trained as a pilot and his operational flying was three tours on the Hercules, including the tanker variant which he flew in the Falklands in late 1982 and 1983, as well as on the Ascension to Stanley Airbridge.  He also had three tours as a flying instructor, the last of which was as Officer Commanding the University of London Air Squadron.  He served 4 tours on the Central Staff of the Ministry of Defence; two of these were as a Military Assistant or Personal Staff Officer.  In 1996 he moved to the Army Staff College as the RAF member of the Directing Staff.  On promotion to Group Captain in 1997 he completed a tour at Headquarters No 1 Group, responsible for the plans and policies for the RAF’s bomber and support helicopter forces and for devising the concept of operations for the RAF’s Combined Air Operations Centres.  He gained an MA in Defence Studies at Kings College, London in 1999 before commanding the UK forces in Kuwait, including a squadron of Tornado bombers, during the maintenance of the no-fly zone in Southern Iraq.  After two final planning appointments at the RAF’s Personnel HQ, he retired to his home in Harwell, Oxfordshire in 2002.  He and his wife also have a home in Evian, France, which they would like to see again one day!

A member of the Royal British Legion since 1980, David has thrown himself into working as a volunteer at all levels of the charity from local Branch to national and was County Chairman for Berkshire and the Vale of White Horse from 2013 to 2016 and County President from 2017 to date.  He received a National Certificate of Appreciation, the Legion’s highest award, in January 2020.  He is also a Life member of the Wantage Branch of the Royal Air Forces Association and became President in 2019 when Wantage took over the Oxford Branch.