BMMHS Evening Meeting: The Battle of the River Plate

The Battle of the River Plate 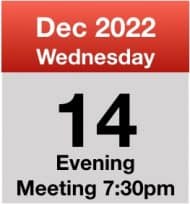 Henry Harwood: Hero of the Battle of the River Plate.

Peter Hore describes the events, and the man behind them, which led up to the battle which took place 13 to 17 December 1939 off Montevideo – 83 years ago tonight – , between a German pocket battleship and three, weaker British cruisers.

The British ships were however skilfully led by Commodore Henry Harwood who outmanoeuvred the German and forced him to scuttle in shallow water.

Victory in the Battle of the River Plate, the first major naval engagement of the Second World War, was a great boost to British morale during the ‘Phoney War’.
When war broke out in September 1939, the German pocket battleship Graf Spee, commanded by Hans Langsdorff, was patrolling in the Atlantic. She represented a grave threat to Allied shipping, sinking eight merchant ships between September and December.
Seven Allied ‘hunting groups’, totalling 23 major warships, were sent to look for her. After sinking three more ships, Langsdorff made for the busy shipping lanes off the River Plate in South America. Commodore Henry Harwood of Hunting Group G correctly guessed Langsdorff’s intentions, and on 13 December he closed in with the heavy cruiser HMS Exeter and light cruisers HMS Ajax and HMS Achilles.
Langsdorff concentrated his fire on the heavier Exeter, setting her alight, destroying most of her guns and forcing her to leave for the Falkland Islands. Shifting fire to Ajax, Langsdorff disabled two of her four turrets before breaking away for the port of Montevideo, in neutral Uruguay. Harwood kept watch outside while other Allied ships rushed to the area.
According to international law, a warship could only remain in a neutral port for 24 hours, and British diplomats tried to have Graf Spee interned or forced to leave. Langsdorff extended his stay by 72 hours but finally had to leave on 17 December.
Only the cruiser HMS Cumberland had arrived to reinforce Harwood, but Langsdorff, convinced that strong forces were waiting, sank Graf Spee himself rather than risk another battle. © IWM

About the speaker - Peter Hore

Peter Hore served worldwide as a ‘pusser’ during a full career in the Royal Navy, including exchange service in 1964 in the US Navy, and two tours of duty in NATO’s Standing Naval Force Atlantic 1972 & 1973.  During the Falklands War he was joint logistics commander on Ascension Island, in 1987-90 he was Base Supply Officer, Hong Kong.   Subsequently he was military assistant to DCDS(Systems), he helped to direct the Royal Navy’s applied research programme, 1992-94 and was Head of Defence Studies, 1997-2000.

He qualified as an interpreter in Spanish and Swedish, and as a Cantonese linguist.

Since 2000 he has spent nine years in the film and TV industry, and is now a fulltime author, editor and journalist.

A freelance obituarist at the London Daily Telegraph since 2002, he has written some 1,500 obituaries on the men and women of the Royal Navy, the Royal Marines and the Merchant Navy also the SBS, the FANY, the French Resistance, yachtsmen, shipping magnates, etc.

Peter writes reviews and articles for several newspapers and journals including the influential Warships International Fleet Review where he is associate editor.  He has written or edited a dozen books on naval history, biography and strategy, which can be found at Amazon’s Peter Hore page , including HMS Pickle , the biography of a ship, and Nelson’s Band of Brothers , a ‘who’s who’ of the officers who served under Nelson at the admiral’s three great battles, and he has just completed five years as editor of the annual Trafalgar Chronicle which is the prime source of information and the publication of choice for new research about the Georgian navy.

He celebrated his 70th birthday by walking from St Jean pied du Port in France to Muxía in Galicia.