From Stretton to Suvla: the 29th Division at Gallipoli and beyond 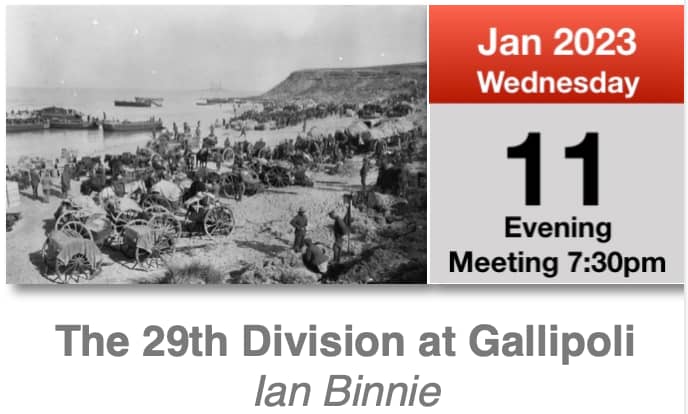 From Stretton to Suvla: the 29th Division at Gallipoli and beyond

The 29th Division was the only regular division which fought in Gallipoli. It took part in the initial landings and served with distinction in the rest of the campaign often acting as “firefighters” in support of other units. It was the only division to take part in both the first day of the Gallipoli campaign and the first day of the Battle of the Somme. It served for three years on the Western Front, taking part in Third Ypres and Cambrai. By the end of the war it had gained the nickname the “Incomparable Division” and suffered 94,000 casualties. 27 men were awarded the V.C., the highest for any division in WW1.

About the speaker - Ian Binnie

Ian Binnie is a retired secondary school history teacher who has had a passion for military history since he bought his first book at the staggering price of five shillings. He is a volunteer at the Fusilier Museum Warwick and has been a member of many study groups for a long time. he has given talks on a range of subject from Field Marshal Montgomery to the Battle of Waterloo. He is a Trustee and Education Coordinator of the Gallipoli Association. He relaxes by watching Coventry City F.C.