The Sinking of the Russian Nuclear Submarine Kursk​

Looking Back After 20 Years 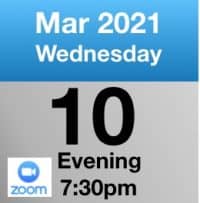 The Sinking of the Russian Nuclear Submarine Kursk

The nuclear-powered submarine Kursk sank in an accident on 12th August 2000 in the Barents Sea, during the first major Russian naval exercise in more than ten years, and all 118 personnel on board were killed. The crews of nearby ships felt the initial explosion and a second, much larger, explosion; yet the Russian Navy did not realise that an accident had occurred and did not initiate a search for the sub for more than six hours. Because the submarine’s emergency rescue buoy had been intentionally disabled during an earlier mission, it took more than 16 hours to locate the sunken boat.

Over four days, the Russian Navy repeatedly failed in its attempts to attach four different diving bells and submersibles to the escape hatch of the submarine. Its response was criticised as slow and inept. Officials misled and manipulated the public and news media, and refused help from other governments. President Vladimir Putin initially continued his vacation at a seaside resort; he authorised the Russian Navy to accept British and Norwegian offers of assistance after five days had passed since the accident. Seven days after the sinking, British and Norwegian divers finally opened a hatch to the escape trunk in the boat’s flooded ninth compartment but found no survivors. The Government of Russia and the Russian Navy were intensely criticised over the incident and their responses.

The talk will look not only at the circumstances under which the Kursk was lost, but will also tell the story of the unique international recovery operation which, one year after the submarine sunk, successfully raised it from the sea bed – and the Royal Navy’s role in the saga.

About the Speaker - Peter Burt

Peter Burt is a researcher into military technology with Drone Wars UK and is a former director of the Nuclear Information Service, a not-for-profit, independent information service which works to promote public awareness and debate on nuclear weapons and related safety and environmental issues.