BMMHS Zoom Afternoon Talk: The Women of SOE - A cool and lonely courage

The Women of SOE - A cool and lonely courage 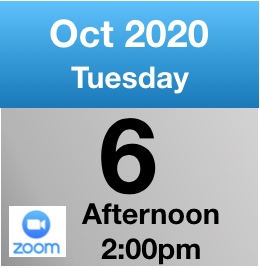 The Women of SOE - A cool and lonely courage

Hear the story of their recruitment and training of 39 women who were chosen to work in a secretive, clandestine and mainly male domain, Special Operations Executive, French section (SOE F). Ranging from housewives to grandmothers, shop assistants to countesses, they were taught: silent killing, instinctive shooting and sabotage as well as survival tactics for life in Nazi Occupied France.

They were infiltrated behind enemy lines to work as couriers and wireless operators, operating undercover and beyond the protection of the Geneva Convention.

Life expectancy was short, sometimes a mere six weeks but these women worked and fought hard – often living in solitude with no friends or company; travelling hundreds of kilometers carrying vital yet incriminating information; receiving arms or vital supplies and risking everything to make contact with SOE HQ over the radio waves.

About the Speaker - Dr Kate Vigurs

Dr Kate Vigurs is a professional freelance historian whose PhD at the University of Leeds was entitled ‘The women agents of the Special Operations Executive F section – wartime realities and post war representations’.  Her extensive research included interviewing agents, historians, actresses and script writers, as well as visiting France several times and undertaking an extensive tour of memorials to the women of F section including Ravensbrück and Natzweiler-Struthof concentration camps.

Kate also regularly appears on TV and radio, from the National news covering topics such as the First Aid Nursing Yeomanry, SOE, women in WWI, the land girls and Angela Merkel to local stories including VE day, D-day, the battle of Britain and many more.  She has recently filmed a documentary for the Yesterday channel which will transmit later this year.

She is an associate research fellow at the University of Leeds and a tour guide for Anglia tours covering the Western Front battlefields, Berlin and Krakow/Auschwitz.  Kate has undertaken consultancy work for the Army Museums Ogilby Trust and was academic advisor in the Yorkshire region for the BBC World War One at home series in 2014.

Kate also has her own historical interpretation company ‘History’s Maid’ and regularly produces scripts and performs for organisations such as English Heritage and Imperial War Museums, the most recent production being ‘Trains to life’ about the Kindertransport and based on eye witness accounts.  History’s Maid cover a wide variety of historical periods and Kate’s interests encompass everything from the Romans to the Cold War but especially Medieval and WWI.