How German spies lost the Battle of Britain 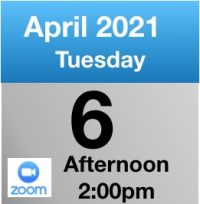 Secrets and Spies - How German spies lost the Battle of Britain

With increasing interest in the history of World War 2, so many intriguing stories are coming to light now.   One is how Nazi Germany’s spies failed to discover any worthwhile information about our radar systems – even sending a Zeppelin airship to travel up and down the east coast just four weeks before war was declared to try and find out what the large steel transmitter masts were doing.

The talk is a fascinating insight into spies and spying and how so much effort was directed at the radar stations which played such a vital role in the Battle of Britain.

During Graham’s talk a number of you requested some additional reading:-

About the Speaker - Graham Randall

Graham’s father was trained in radar at Bawdsey during the war before being posted overseas.  The family connection to radar continued when Graham himself started his career at Marconi Radar designing defence systems.

With his retirement in 2015 after working in a global wealth management company based in London, Graham joined Bawdsey Radar and took on the role of Project Director leading the trustee team for the £1.8m restoration project on the WW2 Transmitter Block.  He is the current Chair of the Trust.

Bawdsey Radar Group was formed by a group of local people in the autumn of 2003 and featured in the 2004 BBC TV Restoration programme, coming a creditable fourth. In 2008 the Group became the Bawdsey Radar Trust, a charity incorporated as a private limited company. Its aims are to conserve the Transmitter Block and create a dedicated exhibition, educational facility and visitor attraction explaining how Radar was developed, and the central role that Bawdsey and Radar played in the defence of Britain.

Bawdsey Radar Trust was awarded a £1.4m Heritage Lottery Fund grant for a full conservation project in December 2015 and raised another £400K from sponsors such as Historic England, Garfield Weston and many local groups.  The Transmitter Block and new exhibition was formally re-opened by HRH The Duke of Gloucester in July 2018 and has since won many prestigious awards for the outstanding work on this unique heritage site.

Click above for the BMMHS Events and Zoom Talks 2021