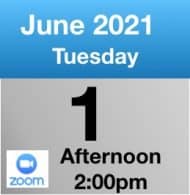 On the outbreak of war in 1914, Britain had no aerial defence capability of note. Through 1915 German airships — Zeppelins — roamed over the country dropping bombs, relatively free from attack as defences only slowly began to be organised. But in 1916 responsibility for Britain’s air defence passed from the Admiralty and the Royal Naval Air Service, to the War Office and the Royal Flying Corps. A steady stream of improvements followed in organisation and equipment until, by the autumn of 1916, Britain was ready to strike back. Ian’s talk will summarise the early raids then focus on the developments and actions that combined to bring a spectacular end to the raids — an end to the Zeppelin menace.

About the Speaker - Ian Castle

Ian Castle has been writing about military history for over 30 years and is recognised as an authority on the German air raids on Britain during the First World War. His books include: ‘The First Blitz – Bombing London in the First World War’, ‘Zeppelin Onslaught – The Forgotten Blitz 1914-1915’ and ‘The First Blitz in 100 Objects’. In addition, Ian runs a highly respected website on the subject, and has advised and appeared in documentaries shown on BBC, Channel 4 and Sky.