Disgraceful Conduct - Murder in the Military

The Murder of British Troops in WW1 & WW2 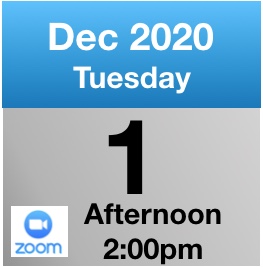 Disgraceful Conduct - Murder in the Military

The Murder of British Troops in WW1 & WW2

Lust, Revenge, Greed and Jealousy, “Disgraceful Conduct” steps away from the battlefields, the campaigns and the equipment of the Armed Forces and enters the courtroom. A look at a darker aspect of military history, murders committed by, and against, Allied service personnel during both the First & Second World Wars.

Exposing some of the stories for the first time, the talk looks at the trials of British, Commonwealth and American service personnel held in both civil and military courts, in a study taken from the files of the Judge Advocate Generals Office, Home Office and Foreign Office. From those whose names are recorded in perpetuity through to the forgotten victims and those who, literally, got away with murder, the talk promises to be both revealing and captivating.

About the Speaker - Paul Johnson

Paul Johnson is a military historian, researcher, author, speaker and occasional battlefield guide. A student of Middlesex University, he has studied many facets of both wars but prefers to focus on the human element, the personal stories. He has worked in both television and radio and is currently the Lead Historian for the Herts at War project. His books include “Theirs is the Glory”, a local history study detailing the stories from the Stevenage Old Town war memorial and its surrounding villages, “War Torn Skies of Great Britain”, a study of military aircraft crash sites in both Bedfordshire and Buckinghamshire, published by Wing Leader publications and, more recently, “Hertfordshire Soldiers of the Great War”, co-authored with his colleague from the Herts at War project, Dan Hill, published by Pen & Sword. Paul is in the process of completing a publication that looks at military crime during the First & Second World Wars, how the perpetrators are remembered and the victims often forgotten.