A Prime Minister Goes To War

If it was international law that the armed forces of any country going to war should be led by its president or prime minister, it is likely there would be far fewer conflicts. In fact a prime minister did just that in Southern Africa in 1914.

At the outbreak of the First World War, the German Empire had occupied the extensive colony of German South West Africa since 1884. The British Government were concerned that with its ports and high powered radio masts, Germany could use this colony to launch a campaign of attacks on Royal Navy ships in the Southern Hemisphere.

Would the South Africans invade?

So they asked the government of the Union of South Africa if it would be prepared to invade German South West Africa on the Crown’s behalf. To their relief, South Africa’s Prime Minister Louis Botha answered yes.

This was actually a remarkable act of statesmanship by the South African leader. Only twelve years previously, Louis Botha had been one of the leading Boer Generals fighting the British in the Second Boer War. Now, he was prepared to lay the bitter history of that conflict aside to face what he and his government regarded as a common foe shoulder to shoulder with his former enemy.

However, many of Botha’s fellow Afrikaners did not see it this way. How, they wondered, could their leaders turn on the Germans who had supported them unstintingly in that recent war against the British? To them it seemed to be an act of out and out treachery. One of those dissenters was a veteran of the Second South African War, Lieutenant-Colonel Manie Maritz. He was now jointly in charge of the South African forces who were due to invade German South West Africa.

Although ordered to take his troops into South West Africa in September 1914, Maritz refused and joined a number of other Boer officers who objected to South Africa’s involvement in the War against Germany. Their insurrection became known as The Maritz Rebellion. It lasted five months from September 1914 until early February 1915 before being crushed by Union forces. Maritz fled to South West Africa which was still held by the Germans at that time. With internal opposition crushed, Botha was now free to invade the colony.

The South African Forces first engagement with the Germans did not end at all auspiciously. On 12th September 1914 part of this invading army known as the Union Defence Forces (UDF) occupied an area of desert bush called Sandfontein just inside the South West African border with the Northern Cape. Strategically the area was important because of the number of high quality water wells in the vicinity. Without drinking water no army on earth can operate.

Early in the morning of the 26th September 1914 the Germans attacked the UDF positions at Sandfontein. A bitter battle lasting all day ensued until the South Africans surrendered at six p.m. At the end of the fighting 14 Germans and 16 UDF soldiers lay dead.

In February 1915 with Louis Botha in command, the Union Defence Force of approximately 60,000 troops invaded German South West Africa. By Botha’s side was another veteran of the Anglo-Boer War, Jan Smuts. With just 6000 regular troops in the whole of the colony, the Germans were vastly outnumbered. Added to this, they were up against an agile and fast moving army experienced in bush warfare. On 9th July 1915, they surrendered to Botha. When Victor Franke the German commander handed over a list of 2,200 troops, Botha refused to believe the figures. He insisted that he knew the German troop numbers were at least 15000. Franke’s answer was simple:

There were grounds for Botha’s scepticism. Throughout the campaign, the Germans had lost only 103 men killed and 890 captured. If they were subtracted from the total Imperial German Force of 6000 along with the 2,200 men Franke had owned up to, that still left over 2,800 unaccounted for. It leaves open the possibility that the remaining troops had melted into the landscape. That way they could conduct a guerrilla war or return to fight for the Fatherland in Europe. Fortunately, the former did not happen and there was no more fighting in what was now South West Africa.

The legacy of the South West Africa Campaign

South African rule over SWA became more controversial with the advent of the National Party Government in Pretoria in 1948. The rise of African independence movements coincided with moves by the Afrikaner dominated National Party Government to instigate its policy of apartheid or racial segregation in the territory. As far as the Afrikaners, were concerned, they might not say that South West Africa was the ‘Fifth Province’ of South Africa but that was the de facto position. On the other hand, the rest of the world through international bodies such as the UN regarded South Africa’s continued occupation of SWA as illegal. Something had to give.

On 26th August 1966 fighters of the territory’s independence movement The South West Africa People’s Organisation engaged in its first major armed clash with South African security forces. This lit the fuse for the long fight for independence. That would come 24 years later when South West Africa became the independent nation of Namibia on 21stMarch 1990.

There is also an unusual environmental legacy of the South West Africa Campaign. At the end of hostilities, many of the German residents of the territory were interned in the Northern Cape. One of them was Emile Kreplin, former Mayor of Luderitz and the wealthy owner of a stud farm near Aus in the south of SWA. With Kreplin and his family locked up in an internment camp far away in the Cape, there was nobody to tend his horses or the farm’s fences. The horses soon escaped into the surrounding desert.

Miraculously, these horses and their descendants have survived the harsh conditions of the Namib until the present day. They can be seen as a herd of about two hundred feral horses living close to the southern Namibian town of Aus. They are considered to be one of Namibia’s main tourist attractions. They are now known as The Wild Horses of Aus.

After the cessation of hostilities Emile Kreplin returned to his home in SWA. With his ranch in ruins and his horses gone, it must have been a sad homecoming. This was probably what decided him to return to his native Germany and start afresh in 1920. However, with the depression, things did not work out there. In 1932, he was back in his beloved South West Africa running a farm. Then fate played Kreplin one last cruel hand. In that year, there were exceptionally bad floods which destroyed Kreplin’s farm and bankrupted him. It was all too much to bear and he shot himself through the heart on the banks of the Swakop River. A suicide letter to his daughter was found by his body.

Louis Botha died four years after his victory in South West Africa at the relatively young age of 57. The cause was a heart attack brought on by Spanish Flu. He remains the only Prime Minister in modern history to lead his troops into battle.

Traces of colonisation and the war 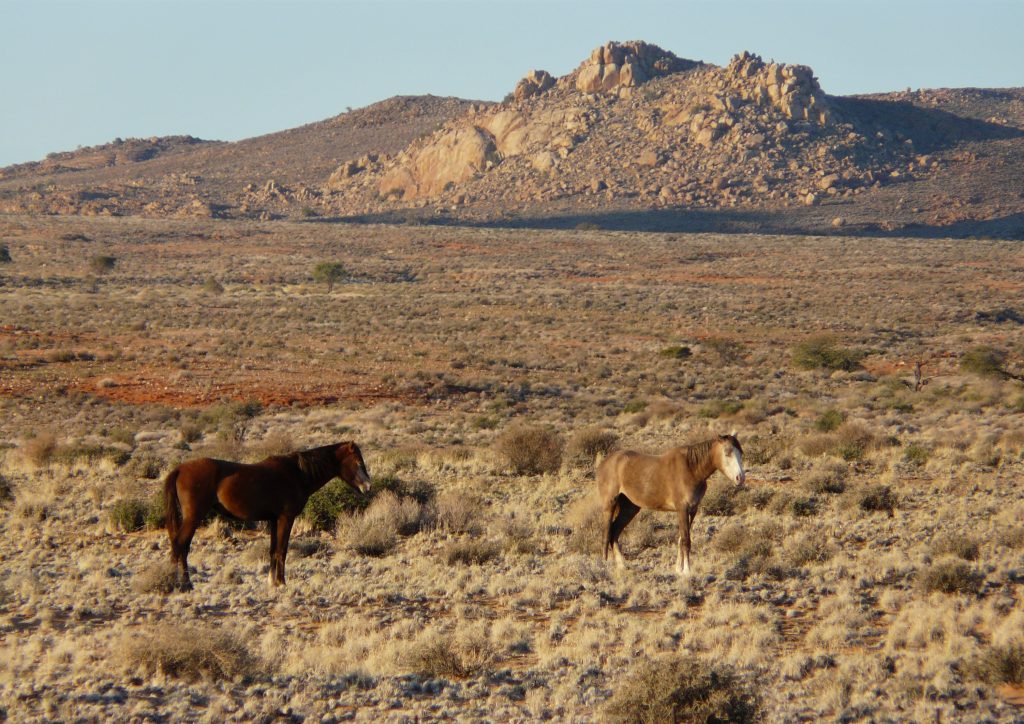 Visitors to modern Namibia can still find traces of that turbulent time of colonialism and war over a hundred years ago. On the outskirts of Aus, there is a military cemetery where German and Union combatants are buried. Swakopmund boasts a German barracks built in 1905. It is now a youth hostel. Just across the road is a military hospital built in 1902 and now a hotel. Of course, one should not overlook that great living legacy, The Wild Horses of The Namib Desert. 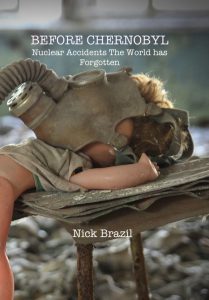 Before Chernobyl –  Nuclear Accidents The World has Forgotten