Skip to content
BMMHS NEWS
The War in Ukraine – Zoom Talk Booked
Body counts: Has Prince Harry illuminated a necessary evil?
BMMHS Zoom Talk: Operation Freshman – The attack on Vemork Norsk Hydro Plant: Tuesday 7th March 2023 7:30pm
It is with great sadness that we have to advise of the sudden death of Robin Brodhurst. 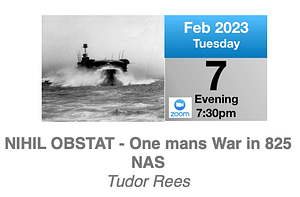 One mans war in the battle of the Atlantic

May 2023 officially marks the 80th anniversary of the Battle of the Atlantic – a theatre of global conflict that Churchill acknowledged as vital to our ultimate victory.  During the first two years of the battle – the Allies were singularly ill prepared and naive against a determined and powerful enemy and losses were high.   The Allies needed to innovate and succeed at many levels; Intelligence, Tactics, Co-ordination, Weaponry and Technology.  One of the key tactics introduced by the Royal Navy to deal with the U Boat threat was the small “Escort Carrier”, operating a complement of aircraft in the Anti Submarine (A/S) role protecting North Atlantic convoys.
Tudors talk will focus on the experiences of his father, an Observer flying in Swordfish aircraft, whilst serving in 825 NAS.  The famous squadron re-formed late in 1942 after the ill-fated “Channel Dash” sortie.  The talk is not about the Fairey Swordfish; whose illustrious history and exploits have been covered extensively elsewhere in other books and films.  Rather, using his fathers flying logbook and assisted by additional research at the Fleet Air Arm Museum and elsewhere, the talk describes the personal experiences of one RNVR Observer in a front line FAA squadron during 1943 and 1944.
The aircrews flew in any and all weathers over a grey featureless ocean, looking for surfaced U-Boats or periscope trails, freezing in open cockpits in obsolete aircraft.  Finding a blacked out carrier, a postage stamp in the ocean using dead reckoning, at night and landing on a pitching deck after long 4 hour sorties – required skill, teamwork, concentration and determination.  These were brave men and their attrition rate was high.
As we reflect now – this is ultimately is a tribute to all the men and women who served to win the Battle of the Atlantic. 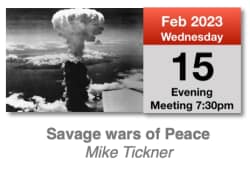 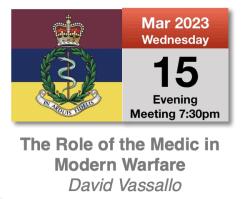 Welcome to the British Modern Military History Society.  Formed in early 2019, we organise monthly talks for anyone interested in military history over the last 200 years from Nelson’s times to the present day.

With top quality talks given by writers, academics, former military personnel, and experts in their field with a wide variety of topics, we are based in Woodcote Village Hall RG8 0QY (near Wallingford) in South Oxfordshire.   We can accommodate up to 100 people at each talk in pleasant surroundings, offering a warm and welcoming evening out.

What you are saying about BMMHS

"It was a lovely evening and fantastic atmosphere in the room. Very happy to come back in 2021 to speak on my (then) new book on MI9 escape and evasion." 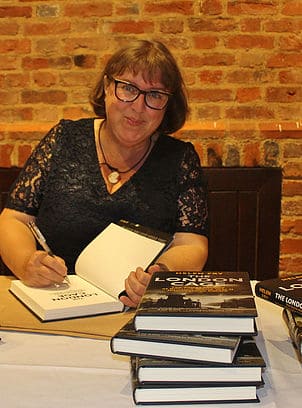 Dr Helen FryHistorian, Writer, Broadcaster
"For anyone interested in Military History, the BMMHS is a must. The monthly meetings cover a wide range of topics, with high quality speakers giving thought-provoking talks. In addition, the quality of facility and refreshments is exceptional, and the audience interesting and welcoming. Highly recommended."

Chris Leworthy
“Just wanted to say how impressed I was by the talk last night and indeed by the meeting itself – the first I’ve been able to attend.  An excellent speaker and a well organised meeting!”

Dave Rushton
"…. We’re very impressed with the line-up of talks arranged for the next year and will endeavour to attend as many as possible …. We found the ‘Arnhem’ talk most interesting – a very different ‘take’  on the topic from the usual battle on the ground analysis. Congratulations to you, Nigel, Linda and the team, you’re doing a great job." Bill KingHistorian, Writer, Broadcaster
"If I may say so, the BMMHS's first few months have been most impressive and a testament to the hard work and enthusiasm the four of you have put in. Everything on Wednesday went well, turnout, seating, notice-boards, drinks and especially the food! "

GR
"…I would like to thank you and your team for another great evening. The talk was brilliant… looking forward to the next one…"

WM
"MANY THANKS for Wednesday night most enjoyable, met some nice chaps, have new dates on the calendar, looking forward to the next talk"

Tina John
"As with the first BMMHS meeting I attended.... I really enjoyed last night’s presentation. You and your pals have done a great job in getting the BMMHS set up and running smoothly & efficiently, including an excellent website plus arranging for some really interesting presenters and subjects every month."

Peter BullShropshire
"A most amazing lecture. To say it was interesting is understating it - it was mind-blowing to think of the courage of those women, who agreed to be SOE agents, despite knowing what awaited them if they were found out. It was fascinating to hear what training they went through, and to learn what some of them did and how they ended up. Many thanks for another brilliant lecture" 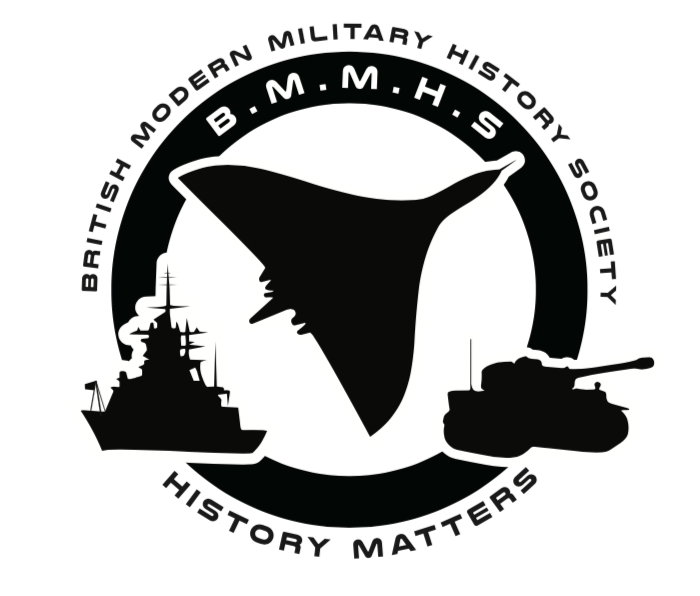 Pauline G
“ If you are like me, and you enjoy the study of a wide range of military history topics, with a bit if a twist, then BMMHS will be right up your street. With its informative panel of expert speakers and on occasion quirky topics, there is something for everyone interested in learning more of their military past. I can thoroughly recommend the BMMHS zoom talk experience. You won’t be disappointed!”

A compilation of military stories and eyewitness accounts to raise funds for Blind Veterans UK. 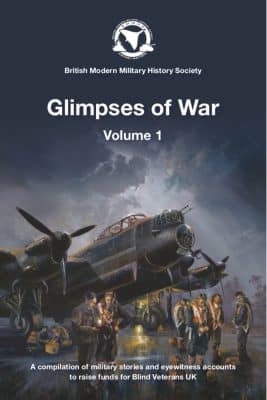 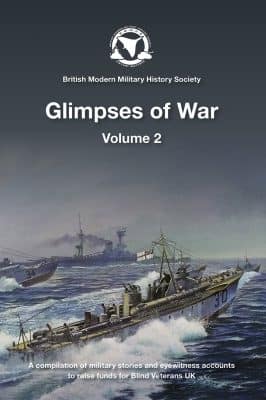 Dr Helen FryHistorian and Author
An inspired and fascinating historical collection. Powerful first-hand accounts of individuals’ courage and tenacity in the face of conflict over the decades.

Elizabeth Lockhart-MureHistorian
‘I am deeply honoured that my great grandfather Percy Statton, who was awarded the Victoria Cross in 1915, is remembered in Glimpses of War and for such a great cause.   I hope this volume and the subsequent ones raise lots of money for BVUK.’

Kerri StattonGreat Granddaughter of Percy Statton VC
“BMMHS are to be congratulated on the timely publication of this first volume of Glimpses of War. It was a pleasure and privilege to be involved in this fascinating project, together with one of our former patients and to support the valuable work of Blind Veterans UK.” 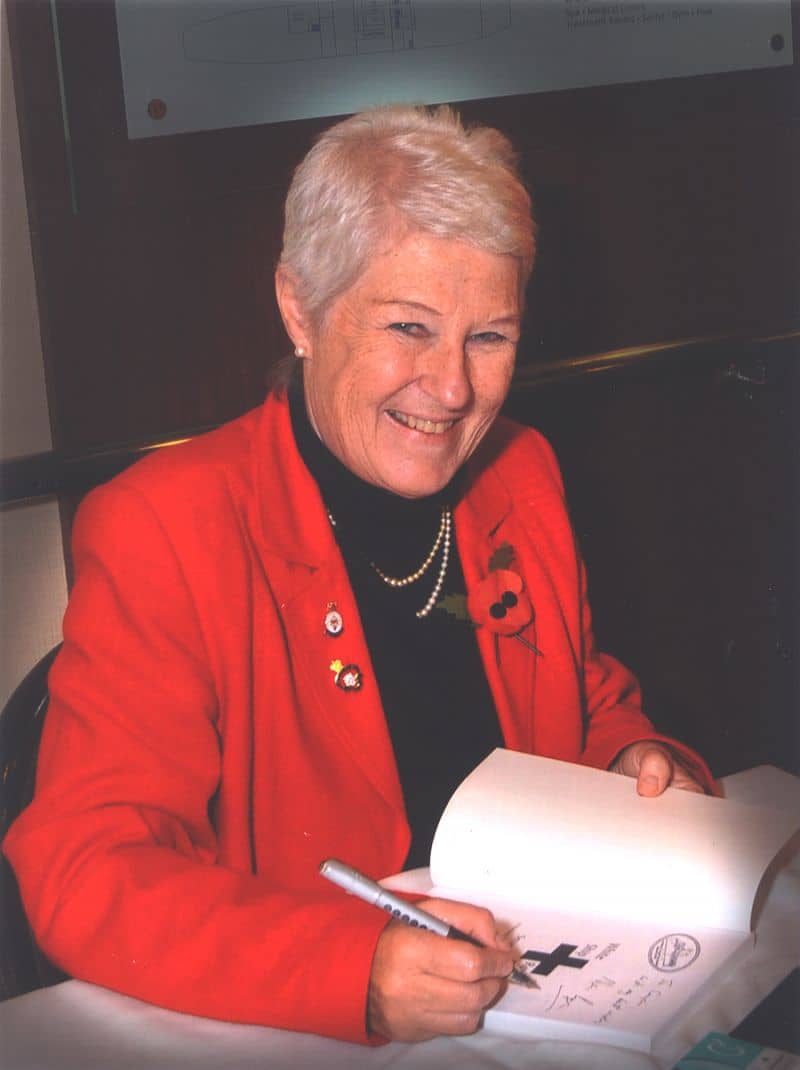 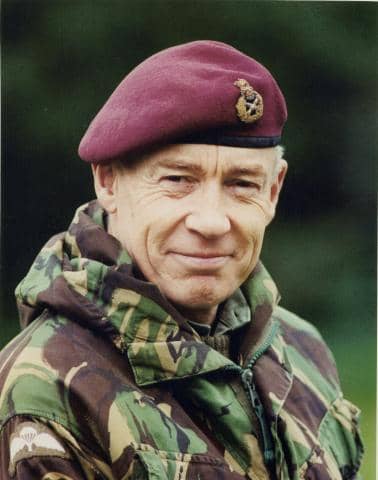 Major-General Dair Farrar-Hockley MC
“The BMMHS has found a splendid way of supporting BVUK by making readily available memories and research that might otherwise have disappeared.”

Geoff Simpson
“The International Guild is delighted to support this venture by BMMHS as a contribution to the preservation and sharing of historical knowledge.” 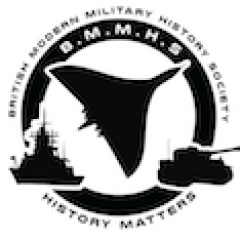 Steve RichardsHistorian and Author, Solihull, England
"This is a fascinating selection of material which covers many facets of war and military service - and it is published for such a good cause. Congratulations all round." 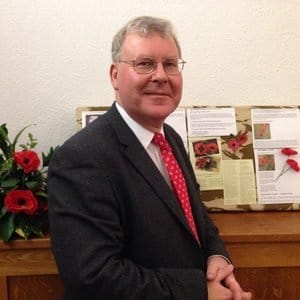 Neither War nor Peace

A review by Geoff Simpson 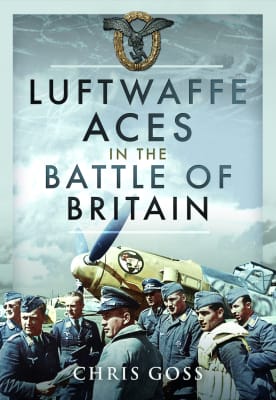